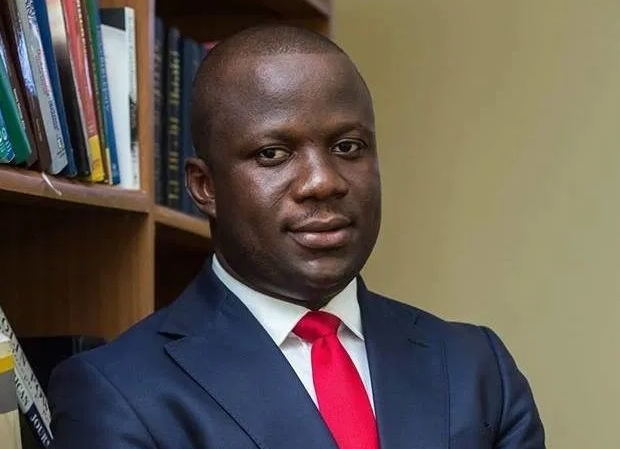 From January 2023, the Ghana government will exchange gold for oil. That is gold produced locally will be exchanged for a portion of the petroleum needs of Ghana.

The “Gold 4 Oil” programme will enable the country to use part of the gold produced locally to purchase oil as part of measures the government is putting in place to secure regular and affordable petroleum products for the Ghanaian market.

The move is expected to stabilise and help reduce the prices of petroleum products at the pump.

The Minister of Lands and Natural Resources, Samuel Abu Jinapor, who disclosed this to the Daily Graphic in Accra yesterday, said the measure would also help ease the pressure on the local currency, the Ghana Cedi, with the possibility of strengthening it.

In order to obtain the needed gold to support the programme, the Economic Management Team of the government had agreed with the Bank of Ghana (BoG) to purchase, in Ghana cedis, at least 20 per cent of all gold produced in the country before the rest was exported, Mr Jinapor explained.

The minister said the purchase of the 20 per cent minimum amount of gold would be part of the BoG’s Domestic Gold Purchase Programme which started at the beginning of this year.

To secure adequate quantities of gold to implement the programme, Mr Jinapor directed the Minerals Commission and the Precious Minerals Marketing Company (PMMC) to ensure that large- and small-scale mining companies sell the required minimum amount to the government in Ghana cedis.

“Effective 15th January, 2023, all large-scale mining companies (as agreed with the Bank of Ghana) shall sell 20 per cent of all refined gold at their refineries to the Bank of Ghana (in Ghana Cedis) before the export of the gold,” the directive said.

It said the BoG and the PMMC would coordinate with the large-scale mining companies to ensure compliance.

In addition, all Community Mining Schemes (CMS) “shall sell their gold outputs to government through PMMC,” the minister’s directive, which would take effect on January 1, next year, said.

Consequently, the minister stressed, all mining licences for CMS “shall include a clause mandating licensees to sell their gold output to government”.

The last category of miners mandated to sell all the gold it produced to the government through PMMC with effect from January 1, next year were the licensed small-scale gold miners, the minister stated.

The directive added that all small-scale gold mining licences shall include a clause mandating licensees to sell their gold to the government.

Mr Jinapor said gold to be purchased by the Bank of Ghana and the PMMC would be at spot price, with no discounts.

The spot price is the going price of the commodity on the day of the sale and purchase. As of yesterday, the spot price on the London Bullion market averaged $1,758 an ounce.

This price mechanism is different from the futures market, where prices are set for purchases that will happen some time in the future, usually three months.

He explained that the commodity swap was not new, as many countries were already doing it.

In fact, the Daily Graphic has learnt that 30,000 tonnes of cocoa a year are being used to repay part of the loan contracted to build the Bui dam.

Shedding light on the benefits of the commodity swap programme, Mr Jinapor said it would help to stabilise the prices of petroleum products in the market since the purchases would no more be done with hard currency – which has seen some volatilities in the better part of this year.

It will also lift pressure off the local currency, helping it to be strong, while freeing forex for other needs in the economy.

The Lands and Natural Resources Minister, therefore, urged the Minerals Commission and the PMMC to bring the directives to the attention of all gold mining companies, both large and small-scale.

The two agencies under the ministry must also work with them to ensure strict compliance with the directives, Mr Jinapor stated.