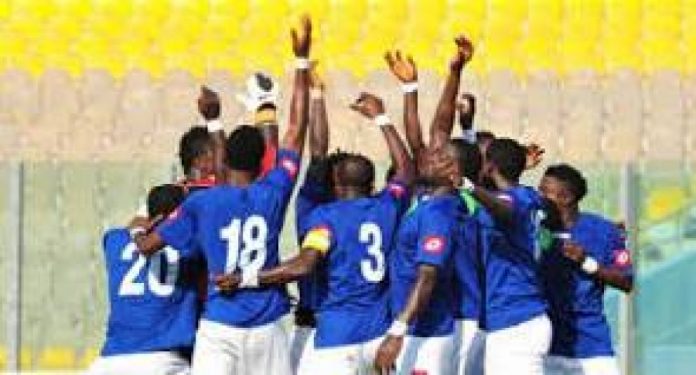 The points were deducted from Bolgatanga All Stars in their Match Day 4 fixture against the Agosu side.

Olympics had filed a protest against the Upper East Region side over a payment to have been effected in the 2015/2016 season.

Though All Stars dismissed the allegations, stating it has no outstanding debt to the GFA, the Disciplinary Committee chaired by Prosper Harrison Addo ruled against it.

Announcing its decision on Thursday, March 16, the Committee stated: “Bolga All Stars FC have therefore acted in violation of Article 39(8)(d) of the General regulations (as amended on December 30, 2014, by the GFA Congress) and shall forfeit the match in respect of the protest by Great Olympics”.

Bolga All Stars, playing in the top league for the first time, won that Match Day 4 fixture 1-0 at the Utrecht Park in Bolgatanga.

Sylvester Adzoku was the referee while Ben Samari and S. O. Boateng were his assistants. Marklord Arhin was the Fourth Official with Kwesi Boateng serving as the Match Commissioner.