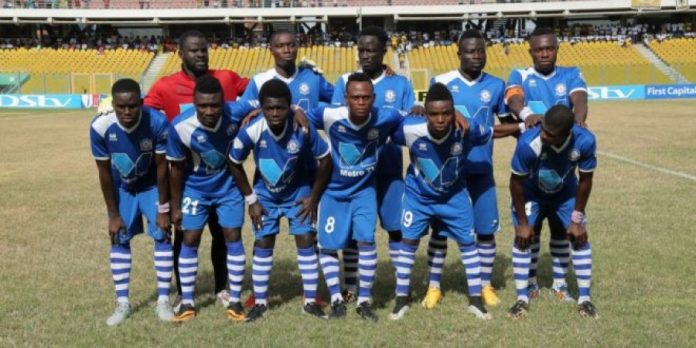 Great Olympics have had various protest against Bechem United annulled by the Ghana Football Association especially with the deduction of points that will help sustain
their Premier League status.

But the highly astute football administrator believes that, Great Olympics will feature in the upcoming Premier League if the GFA should apply their own rules and regulations especially with the alleged violation of Bechem United for fielding an unqualified player.

“On the 25th January we informed the GFA that Bechem United featured an unqualified player during the clash last season. We want GFA to ascertain the veracity of truth in that
matter and after then we can decide to play in the Division One League. But if it turns out to be true they must apply the rules in accordance with their statute,” Commodore told Asempa FM.

“Since 25th October 2017, we have the GFA of our impending court action and we have given them enough time. So the threat must be followed so that the court must
compel them to apply their own rules.”