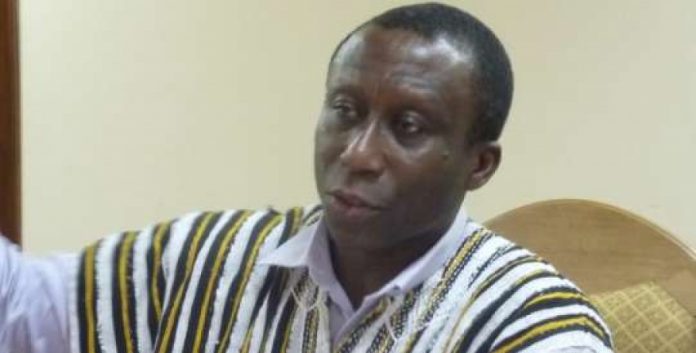 His question follows the disqualification of Mr Cillian George Walsh of the Ghana Shooting Sports on grounds of nationality.

Mr. George Walsh was seeking the position of Third Vice President of the (GOC), on the basis of his nationality.

His nomination was rejected by the three-man electoral committee of the GOC in accordance with the constitution, which states that only citizens can file for executive positions in the GOC.

Mr. Wilson Edzie, president of the GSA, however thinks Walsh’s disqualification was not on fair grounds, saying “even the president of the Ghana Athletics Association (GAA), is also not a full Ghanaian, since he has both American and Ghanaian citizenship.

Speaking to the media, Mr Wilson Edzie, said Mr Walsh has served his Association for years and so nationality should not be the basis for his disqualification.

“I don’t think it is proper to disqualify Walsh, just because he is not a Ghanaian”.

“If that is the premises for his disqualification, then Mr. Francis Doodo is also not qualified to be an executive, since he is not a full Ghanaian. He should denounce his American citizenship, so that we know, he is a true Ghanaian”, he expressed.

He noted that Mr. Walsh, has a Ghanaian wife and that makes him a citizen by extension.

He appealed to the electoral committee of GOC, to reconsider Mr Walsh, for his competence and not whether or not he is a Ghanaian.

Meanwhile, thirty-four out of thirty-six applicants have been cleared to contest for the various positions at the GOC where Prof Francis Dodoo, the incumbent and president of the Ghana Athletics Association (GAA), is being challenged by Mr. Ben Nunoo Mensah, the president of the Ghana Weightlifting Federation.