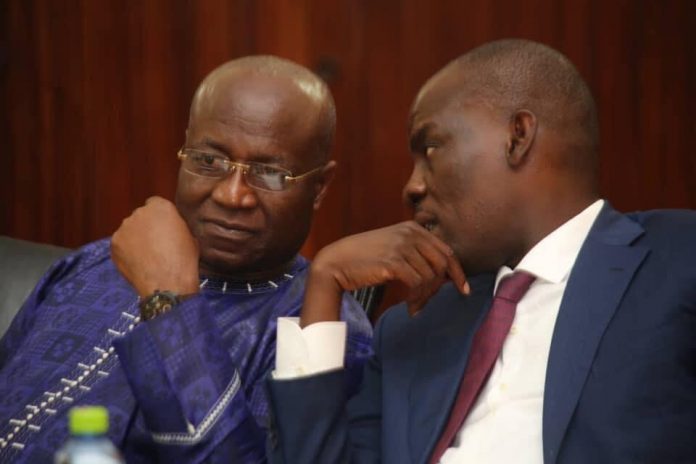 Majority Leader in Parliament Osei Kyei Mensah Bonsu has said that Minority Leader Haruna Iddrisu is not corrupt as people are made to believe.

There is a growing perception that the Minority leader Haruna Iddrisu was compromised hence the approval of nominees of Nana Addo Dankwa Akufo-Addo for Ministerial positions.

This position was made popular after Sammy Gyamfi in a long writeup that Haruna Iddrisu and other members of the NDC in Parliament are working for their personal gains and not the political party that sent them there.

The General Secretary of the National Democratic Congress has also hinted of a change in the leadership of the Minority in Parliament over recent happenings.

But reacting to claims that the Minority Leader is corrupt in an interview on Accra-based Joy News Osei Kyei Mensah-Bonsu said ‘ not that I know of. Haruna is a man of steel. Haruna is one of their best materials’.

On the election of Alban Bagbin as Speaker of Parliament, Osei Kyei Mensah Bonsu indicated that he suspects the first six votes counted were not for the person they claimed it was for ie the current speaker Alban Sumana Bagbin.