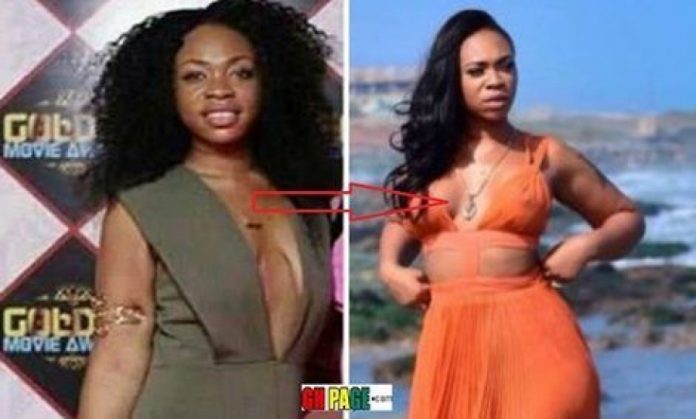 Michy, now turned actress appeared in some pictures seeing her boobies sagged, during the Golden Movie Awards 2016 held at the Kempinski Hotel in Accra.

Most people who commented on the picture which went viral on Social Media questioned why a young lady under 30 years would have a ‘fallen’ breast.

Fast forward today, seems Diamond Michelle Gbagonah as she is known in real life has gone under the knife—Sort of done some implant to uplift her sagging boobs.

The once fallen boobs is now straight and firm.