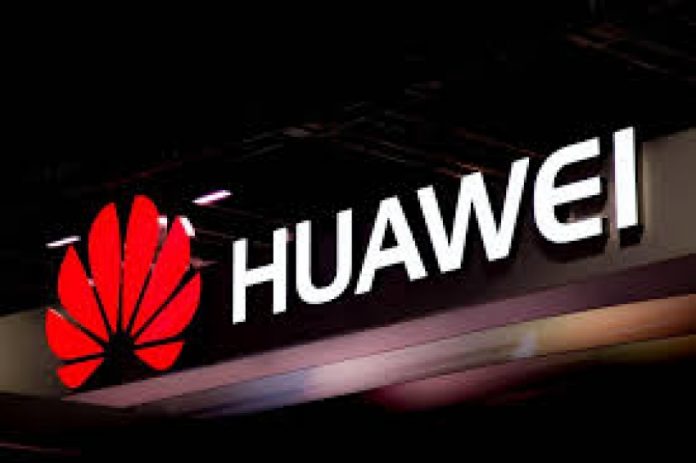 The company now keeps a three-person skeleton staff at its office on 15th Street, a few blocks from the White House, according to a person familiar with its operations. It employs a single registered lobbyist and spent only $120,000 on lobbying in the first three quarters of 2018, down from 16 people and $1.2 million at its peak in 2012, according to lobbying disclosures.

Huawei depleted its ranks in the nation’s capital months before facing what could be the legal fight of its life: a U.S. extradition request to Canada, which on Dec. 1 arrested Huawei’s finance chief over charges she conspired to evade sanctions against Iran. As the legal brawl risked spilling over into efforts by the U.S. and China to ease their trade tensions, President Donald Trump suggested Tuesday in an interview with Reuters that he’d intervene in the case if he thought it would help him get a trade deal with China.

Huawei’s latest high-profile legal confrontation with the U.S. government follows years of battles over concerns that its equipment poses a security risk to American networks. The company has cut back its Washington influence operations over the years as U.S. sales dwindled following efforts by officials and lawmakers to isolate Huawei and persuade American companies not to buy its products. Both AT&T Inc. and Verizon Communications Inc. dropped plans to sell its phones under pressure from the U.S. government, Bloomberg reported in January.

Huawei is grappling with a trio of investigations over alleged violations of U.S. sanctions on Iran. The most serious, headed by the Justice Department, led to the Dec. 1 arrest of Huawei’s Chief Financial Officer Meng Wanzhou during a stopover in Vancouver on her way to Mexico. Meng, a daughter of billionaire Huawei founder Ren Zhengfei, is considered part of China’s inner circle. The other two investigations are being run by the Commerce and Treasury Departments.

Huawei has cut its Washington office out of the matter, which it’s handling through legal channels, according to the person familiar with the company’s U.S. operations. The small Washington team hasn’t been asked to lobby on the sanctions violations charges or make the company’s case on Capitol Hill. And Huawei doesn’t plan to bolster its Washington presence, said the person, who wasn’t authorized to speak publicly on behalf of the company.

Don Bonker of APCO Worldwide LLC is the only registered lobbyist still active on Huawei’s behalf, federal lobbying disclosures show. A former U.S. representative from Washington State, Bonker is an expert on trade. His most recent disclosure says he lobbies on measures involving foreign investment, security-related issues and a House bill that would bar federal agencies from entering into contracts with Huawei, ZTE Corp., or any other entity owned or thought to be controlled by the Chinese government.

Bonker, who’s worked for Huawei since 2010, said said he mostly keeps an eye on Congress rather than trying to influence it.

“Our task is to continue monitoring these developments in Washington, D.C., and to provide ongoing strategic counsel,” he said.

Huawei has long been a source of concern for U.S. authorities, who worry that China’s government could employ so-called back doors in the company’s products to spy on their American customers. Cabinet officials, lawmakers and regulators have all raised the alarm, sometimes directly urging businesses to oppose deals with the company.

In the past, Huawei lobbyists spent most of their time trying to educate members of Congress about the company’s history and clear up misconceptions about its ownership, said a person familiar with the company’s previous efforts on Capitol Hill.

As Huawei’s U.S. sales shrank, it thinned its Washington representation, said the person, who asked not to be identified because he wasn’t authorized to speak publicly on behalf of the company. In April, the company laid off its last in-house lobbyists, including William Plummer, the company’s longtime front man. Huawei had no active in-house lobbyists on its payroll, according to its most recent disclosure.

Two years before he was laid off, Plummer had warned Huawei about the gravity of the U.S. sanctions investigations and the need to prepare for fallout, according to a book he self-published in June on Amazon.com, “Huidu – Inside Huawei.”

Plummer emailed his boss and others at the company in 2016 after learning that the company received an administrative subpoena from the Commerce Department related to possible violations of U.S. export laws, he wrote in the book.

His email cited a 2013 news story that reported on links between Meng and a company called Skycom Tech Co. The article said they had attempted to evade American sanctions against Iran. Plummer wrote that he never get a response and was “effectively iced out of the loop going forward.”

Skycom figured in the ongoing extradition proceedings against Meng in Canada. She allegedly hid ties between Huawei and Skycom, which did business in Iran, the Canadian prosecutor handling Meng’s extradition said in court.

U.S. pressure on Huawei goes back almost a decade. In 2010, then-Commerce Secretary Gary Locke asked Dan Hesse, who was chief executive officer of Sprint Nextel at the time, to reject bids from Huawei to participate in a network upgrade. In 2012, the House Intelligence Committee issued a report saying the company posed a threat to U.S. national security. The committee’s then chairman, Representative Mike Rogers, a Michigan Republican who is now a commentator, asked government agencies and private companies to stop doing business with Huawei.

Huawei also figured in national security conditions imposed in 2013 on the acquisition of Sprint Corp. by SoftBank Group Corp. of Japan. SoftBank agreed to allow the U.S. to review and approve equipment vendors and to remove “certain equipment” in its Clearwire network, according to a Sprint regulatory filing. Clearwire at the time used parts sold by Huawei.

Political pressure on U.S. companies to avoid doing business with Huawei has continued. In January, Huawei failed to strike a deal with AT&T, days before it was expected to unveil a partnership with a U.S. carrier, Bloomberg reported. Verizon followed. That, combined with a March decision by electronics retailer Best Buy Co. to stop carrying the phones, has contributed to a further drop in sales.

While Huawei only reports sales for North and South America combined, the majority of its 39.3 billion yuan ($5.7 billion) in the region comes from Latin America and Canada, analysts said.

Huawei’s market share in the U.S. “got halved in the first three quarters of this year compared to the same period of last year,” he said, pointing out that the U.S. now represents less than 1 percent of Huawei’s smartphone shipments.