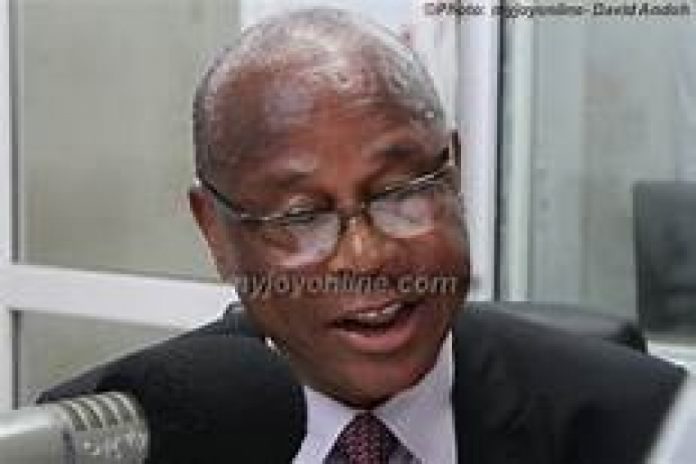 This came to light during the Parliamentary probe into the banking crisis that has forced the Central Bank to roll up seven indigenous banks, five of which were merged to form The Consolidated Bank Ghana.

Speaking to Joy News, a member of the Financial Committee of Parliament, Benjamin Kpodo stated that, their probe into the matter has brought much information to light.

“What is important is that we recover the assets wrongfully taken away…for your information, PwC has already recovered huge sums of money and they are still pursuing those who are deemed to have wrongfully taken money from [defunct] UT Bank and Capital bank,” the Ho Central MP said.

Mr. Kpodo’s revelation comes after the end of the three-day probe into the crisis in which the House sought to unravel the circumstances leading to the collapse of the banks and also find out who is complicit one way or the other.

He stated that, their probe has also uncovered that PwC has dragged some officials of UT bank and Capital bank to court; that is different from the suit by KPMG, against Kwabena Duffuor and 16 others of UniBank.

“It is from this probe that we got to know that PwC has already taken some people to court and made recommendation for prosecution of some people involved…they gave a long list of people related to UniBank who they took to court,” Mr. Kpodo said.

Besides these civil actions taken against the officials, the probe revealed that PwC has made recommendations for criminal action to be commenced against some of the officials, the investigative bodies are working on that, Mr. Kpodo noted.

“From their work, they’re making recommendations to the appropriate prosecutorial agencies to also take action against those they feel were criminally implicated. For instance the Economic and Organised Crime Office (EOCO) and the Bureau of National Investigations (BNI) are doing their work,” he added.

Mr. Kpodo said these matters haven’t been brought to the media’s attention which is why a section of the public was agitated; feeling that nothing is being done to the defaulting bank officials

The Parliamentary probe comes as an aftermath to the shutdown of seven banks after they all run into various liquidity challenges.

Capital Bank and UT Bank were swallowed by state owned GCB bank in August 2017 while five of them; The Royal Bank, Sovereign bank, Construction bank, UniBank and Beige bank were collapsed to form The Consolidated Bank Ghana.

Meanwhile, scores of employees from these banks — who were laid off — are still struggling to find their three square meal per day.