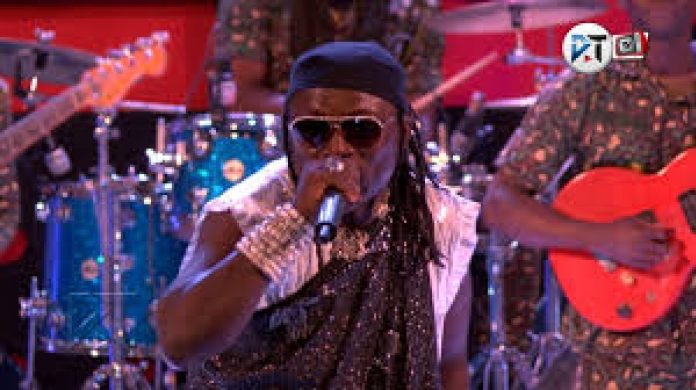 In an interview with Basiwa Dwuona Hammond on GHOne TV’s HardTalk segment, the ‘Kpanlogo’ hitmaker said he is not a tribalist but a nationalist hence have to portray his Ghanaian culture through languages.

“I sing languages and don’t necessarily speak them but I speak Ga fluently and speak bits and pieces of other languages as well.

“My composition mostly comes in the form of Ga and other languages but I do so many fante songs too as well, I do everything… Kwame Nkrumah made us all realised that we’ve live beyond tribe. I’m not a tribalist, I’m a nationalists, I’m a Pan-Africanist,” he said.

Amandzeba reiterated that his reason for composing most of his songs in Ga dialect is because the language is unique, spiritual and challenging when writing.

According to him, the world will be a boring place without music because music it’s in many ways the fabric of lives and the definition of society.

When asked if he misses his former wife Akosua Agyepong, Amandzeba responded, “Life is progressive so from one point to the other is a huge step, it almost like a thousand step so when I leave my heart here, I don’t come back for it.”