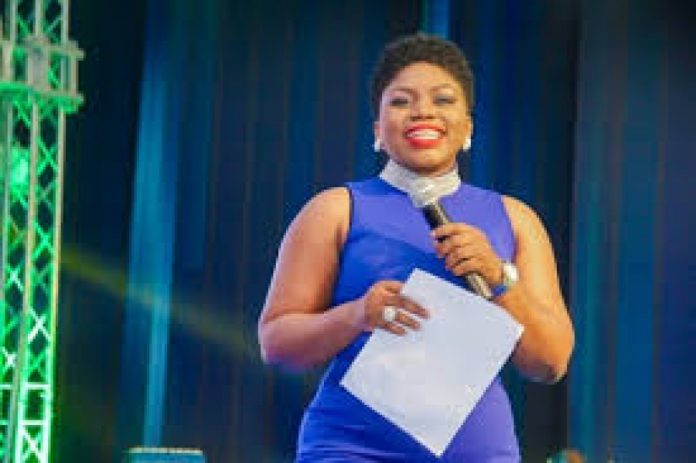 However, it is the person involved that makes things interesting; it is her boss, Nana Aba Anamoah, who she actually hopes to surpass.

Of course, that means Keminni rates herself high up there considering that Nana Aba is one of the most respected journalists and news anchors in the country.

In an interview with Showbiz last Tuesday, Keminni said, “I would say Nana Aba is my biggest competitor. She is a huge news brand, I look up to her and I want to be better than her. I am actually glad she has said she will stop anchoring soon because that leaves the way free for me.”

In the short time GHOne TV has been in the media space, it has produced several stars and Keminni is certainly one of its brightest spots.

And she is such a valued member that when she got it into her head to leave the station, it became a big subject for discussion especially on social media. She was set to start at TV3 when she changed her mind.

She tells Showbiz, “Yeah, I took the contract but I didn’t return it. It was at a time that I felt it was difficult to break through that ceiling because GHOne had all the big names so I thought let me move to somewhere I can stand out.

So when TV3 called, I thought I was going to go but it was not to be.
“While I am not so much of a church-goer, I am very spiritual. Men of God kept telling me it wasn’t a good time to move so I had to write TV3 a long letter to apologise.

I led them on and didn’t turn up and that seemed very insensitive on my part,” she recalled.

While the journey for many is filled with many bumps along the way, Keminni Amanor is grateful to God for such a smooth journey that she didn’t have to go looking for jobs.

Not only did the jobs come to her without much hustle, her transitions from one place to the other have been very smooth. “In 2006, I completed an eight-week course at Tommy Annan-Forson’s Rabodef after which I did my intership at Vibe FM.

I was frustrated there because I wanted to do news. When I completed the University in 201, I was pushed to go to Choice FM where I met a lady called Bolade, I told them I could do the mid-morning show because I knew their regular presenter had moved on.

“I was given the nod so I did the mid-morning and the news for about three months.

I got a call from Shirley Frimpong Manso to play a role in one of her productions and met Leonora Okine on set who linked me to Pravda Radio where I did the business and midday news for about six months.

Then I got a call from Multimedia so I ended up there and stayed for three years before moving to Starr FM,” she said.

Quite a journey it has been for Keminni, EIB Network bought GHOne TV and today she is a producer and news anchor at the station.

Asked how it feels like to be working at GHOne, she said, “It is wonderful, the TV experience is always great, the journey has been good and I see growth coming,” she said.

Touching on some challenges in the field she finds herself, Keminni said people simply do not understand the job of the journalist, “they think you are always out to look for negative news or bad news, it is constraining what journalists can do in the country, we don’t have access to information. Also media owners do not take care of their staff and that is not good enough,” she said.

Keminni is mother to a five-year-old boy, Selikem Torgbui Dumashie and she describes him as an adorable child.

She shared the experience of her journey to motherhood, “I had just moved to Joy News when I found out I was 12 weeks gone.

It was a very difficult moment for me because I had the opportunity to be on TV. I was torn between keeping the baby and the career but thankfully, I did both. It was one of the things that challenged me and made me a grown-up.

“My mum has been very supportive, she put her life on hold when she realised I was pregnant and she takes care of my son,” she said.
She attended Solidarity International School in Ashiaman, St Mary’s Secondary School and the University of Ghana.

She had a message for those aspiring to be like her. “Whatever you are dreaming of is possible, when I look at the circumstances I found myself in as a teenager, God has been very instrumental, there really is a God who has been instrumental in my journey,” she said.