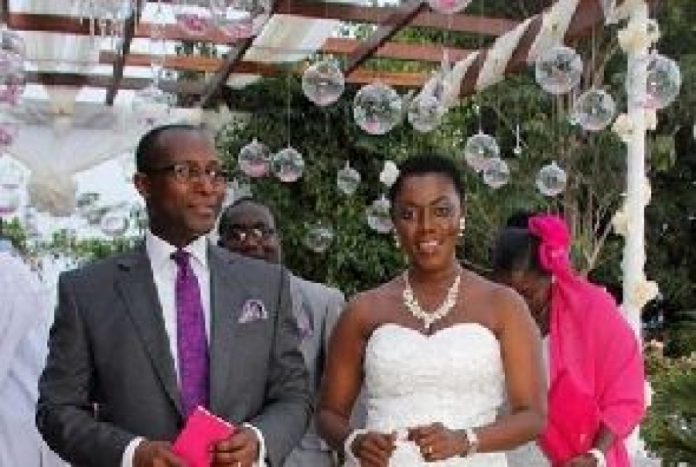 The outspoken lawyer married UK-based ophthalmologist, Dr Samuel Owusu Ekuful on October 19, 2013 at her East Legon residence in Accra but she has revealed that their courtship and eventual nuptials were aided by technology.

She made this known when she addressed a query from Bernice Adiku Heloo, the Member of Parliament for Hohoe Constituency during Parliament’s Appointment’s Committee hearing on Wednesday regarding the specific benefits women could derive from quality communication services.

Mrs Owusu, the Member of Parliament for Ablekuma West constituency explained that technology improves long distance relationships and was a vital factor in her marriage.

“That is a tough one and at the risk of being accused of bias, improved access to telecommunications makes everyone’s life easier, particularly for the woman and so things that would have put us at risk previously you can now sit in the comfort of your home and do it if you have better data.

“It helps improves relationships too, I keep using this example that i probably wont be married today if it hadn’t been for Skype. Because my husband doesn’t live here and I live here but thanks to the wonders of technology we were able to sustain a long distance relationship relatively painlessly,” she said.

Skype is an application owned by Microsoft that provides video chat and voice call services including the creation of video conference calls.

Skype is based on a premium model meaning much of the service is free, but Skype Credit or a subscription is required to call a landline or a mobile phone number.

At the end of 2010, there were over 660 million worldwide users, with over 300 million estimated active each month as of August 2015. At one point in February 2012, there were thirty four million users concurrently online on Skype.