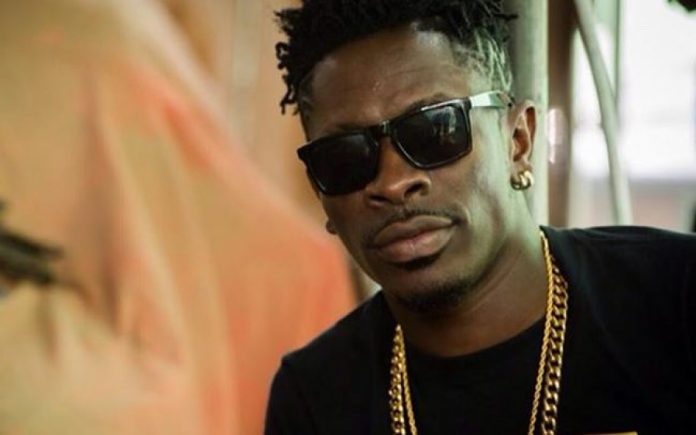 According to him, his absence from the most prestigious music award in the country is one that has affected his career greatly.

Speaking to George Quaye on GhOne TV’s The Pundit, Tuesday 23rd May, 2017, Shatta Wale said, “I’m ready any time if called upon to resolve issues with Charter House to make Ghana happy.”

He added that he was ready to apologies to Chatter House boss, Theresa Ayoade, for his unruly behavior towards her.

Shatter Wale for the past four years has been in a tango with organizers of the award, Chatter house. He used derogatory words to describe the activities of the company in various videos after he lost out on an award in 2013.

The event house is currently in court seeking damages of GHc10 million from him for defaming the brand.

Shatta Wale begged for the case to be pulled out of court and settled amicably.

“I have to be there. VGMA is like National Anthem. It is God bless our homeland Ghana…I have apologised so many times and don’t know how people want this thing to be done but you know me I wish we take this case from court because it is entertainment.

“I would have won the Artist of the year 5 times in a row but for my issues with Chatter House,” he said.