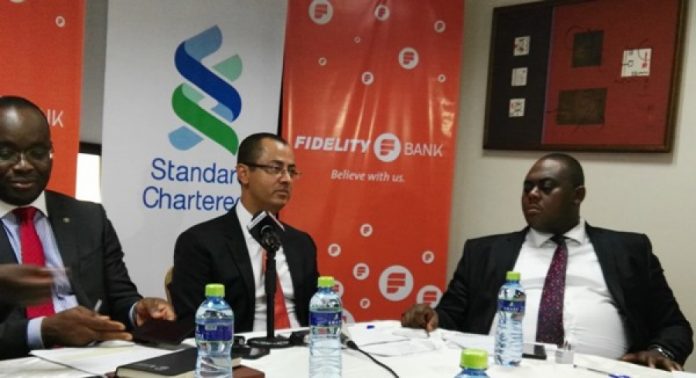 The managers of ESLA Plc, the entity mandated to raise money to settle the energy sector debts, yesterday had its ten year bond oversubscribed at an interest rate around 19 percent.

This is below the target of about 19.4 percent.

The managers were hoping to raise between 100 and 137 million cedis.

However, at the close of the auction, the bond had raised 615.9 million cedis.

This means that the targeted amount was oversubscribed by about six times.

Sources close to the issue tell Citi Business News that investors are seeking interest rates around 19 percent which is below the targeted 19.4 percent.

Reacting to this, Economist at the University of Ghana, Dr. Ebo Turkson explained that the reduction of the US Federal Reserve’s interest rates coupled with a relative stability attracted investors to buy into the bond.

“You normally expect such an outturn in our case when the US Fed announces a reduction in its rate and therefore investors will be looking at us. But given the US reduction in taxes among others, that (reduced US Fed rates) may not necessarily be the issue. The more possible reason will be the confidence that the investors have in the Ghanaian economy due to the relative stability…usually investors will not offer an interest rate lower than what those who borrowed the money will expect,” he stated.

The first issuance carried out in October last year, attracted some 19.5 percent in interest.

Some industry watchers have also attributed the investors’ response to the fact that this issue is a secondary one.

By this, it means government has been able to raise an estimated 5.3 billion cedis out of the 10 billion cedis.

Hence the government is left with an outstanding amount estimated at 4.7 billion cedis to raise.

Already, the Minister of Energy Boakye Agyarko has announced that the managers will be coming to the market in March to raise the remainder.

Though he would not readily predict the interest rate to be charged, Dr. Ebo Turkson maintained that the rate will largely be determined by the prevailing economic conditions around that time.

“I cannot come out with an expected figure as we speak now; maybe a few weeks to the issue I could look at the prevailing conditions to make a prediction. It is more so because in the market for such financial instruments, so many factors are at play and that influence the rates. Even with this issue, the government got a lesser rate than it was prepared to pay,”