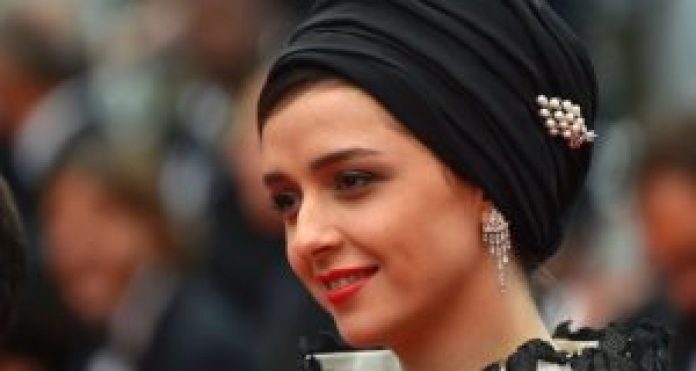 Taraneh Alidoosti stars in The Salesman, which is nominated for best foreign language film.

On Thursday, she tweeted: “Trump’s visa ban for Iranians is racist. Whether this will include a cultural event or not, I won’t attend the Academy Awards 2017 in protest.”
The Oscars take place on 26 February.

The Salesman tells the story of a couple whose relationship begins to disintegrate during their performance of Arthur Miller’s Death of a Salesman.
It is not yet clear whether cast members from foreign language film nominees have been invited to this year’s ceremony.

President Trump called for a “total and complete shut-down of Muslims entering the United States” during his presidential campaign last year.
On Wednesday, he told ABC News his plan was not a “Muslim ban”, but targeted countries that “have tremendous terror”.

According to some press reports, the US president is on the verge of announcing his intention to stop issuing visas for travellers from seven Muslim countries for a period of 30 days.

Iran is likely to be one of those countries, along with Iraq, Syria, Sudan, Libya, Somalia and Yemen, according to a draft executive order which has been published by The New York Times.

The eight-page document that appears to the draft order suggests President Trump will suspend the Syrian refugee programme and stop issuing visas for countries deemed to pose a threat to the security of the US.
But the White House has refused to comment on the document, and it may be revised before being signed.