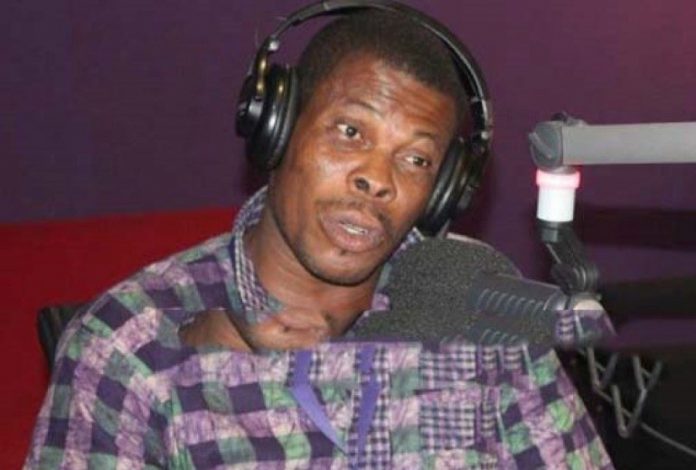 In an interview with Razzonline.com, the actor who is currently responding to treatment disclosed that because of his current health situation, he was also advised to avoid excessive work.

“I’m currently doing well and I have been discharged from the 37 Military Hospital…but…the doctor has advised me to abstain from sex and any form of hard work.”

The veteran actor was rushed to the Trust Hospital in Osu by a coconut seller in what is suspected to be mild stroke on Friday, 3rd March, 2017 but was later referred to the 37 Military Hospital.

He noted that, he now spends over Ghc 800 on medication every week which he said has extremely crippled his finances.

Waakye who hails from Winneba, shot into fame during the popular TV Drama series “Obra”.

He later starred in movies like ‘Ogboo’ and ‘Man Woman’. He has also featured in most of Harry Laud’s productions and series like Jagger Pee series and the Living Arts Show.

He’s also a director and scriptwriter. He is currently divorced with two children.