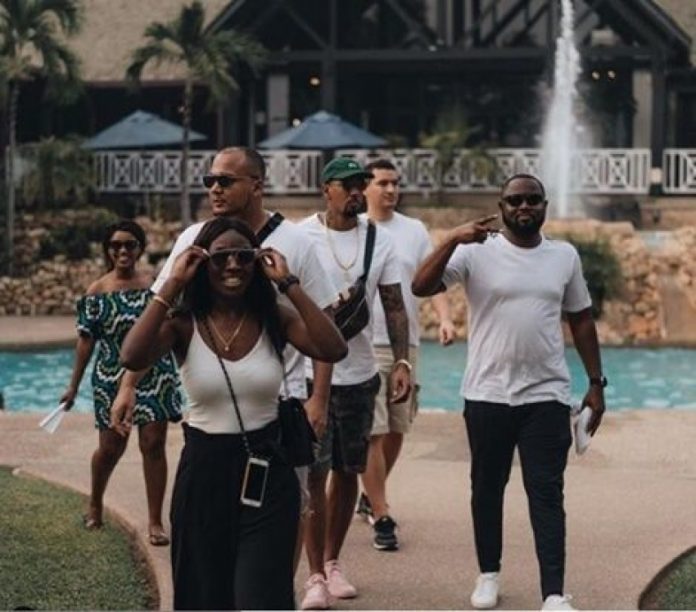 The Bayern Munich ace is celebrating the Christmas holidays in Ghana with is two daughters Soley and Lamia in his ancestral home along with his film actress sister Avelina.

He is keen to connect with the country and learn about the history before deciding to permanently establish himself in the African country after building a house for his father in the capital Accra.

Jerome has already been greeted by enthusiastic Ghanaians who have seen him at his hotel as well as his way from the airport since arriving on Thursday night.

Boateng is the younger brother Ghana international and Sassuolo midfielder, Kevin-Prince Boateng. The pair were born to a Ghanaian father but different German mothers.

While Kevin played for Ghana after being snubbed by Germany, the defender opted for the European country but he is a keen lover of Ghana with the map of Ghana tattooed on his shoulder.

Boateng started his career at Hertha BSC where he developed from the youth ranks to the main team.

After his first season at Hertha, he soon signed for Hamburger SV and established himself as an integral part of the team, helping Hamburg reach the two consecutive UEFA Europa League semi-finals.

After one season in England with Manchester City, he joined Bayern Munich in 2011 and has since won domestic and European honours with the club, notably the continental treble in the 2012–13 season.

In an Instagram post by Jerome which was sighted, the Bayern Munich guardsman expressed his joy ahead of his trip to his father’s country.