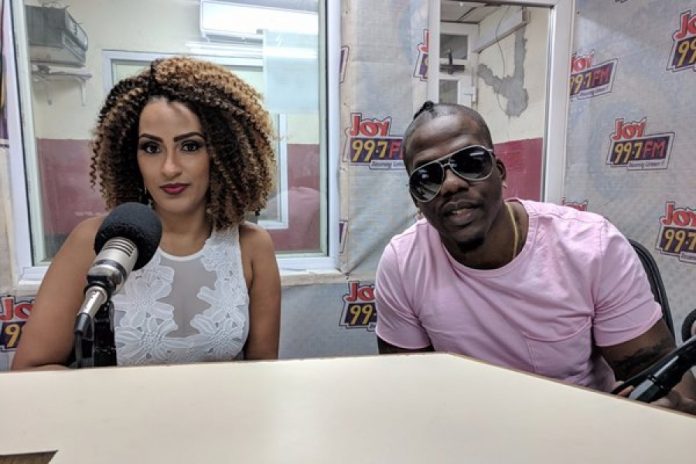 According to Iceberg Slim, they met at an event in South Africa, hooked up and one thing led to the other.

“We met in Dublin, South Africa. We were both there working on a project. We were playing music for everyone through our phones and she was in charge. I wanted to connect my phone, so when I connected my phone, she was like I have these songs. I was going to play these songs. For me that was what got it for me, we had a similar taste in music,” he told pulse.com.ng in an interview.

Asked what they liked about each other, Juliet Ibrahim said she liked the Iceberg’s intelligence and self- confidence. Iceberg Slim also mentioned that she liked Juliet for her good heart.

“The first thing that got my attention from her was her kind heart. When we started talking and she began to tell me about the things she has done I just knew that she was a kind person. She was real and down to earth, that was the first thing that caught my attention, she’s cool and we became good friends from there and the relationship just grew. So one thing that I would say about her is her kind heart,” he revealed.

Juliet and Iceberg started making their relationship open last year when Juliet Ibrahim accompanied Iceberg Slim to his mother’s burial. Then was the big one where they both got matching tattoos.

They have since been flooding social media with photos that suggest that they are madly in love with each other.

Iceberg Slim, born Olusegun Olowokere in New York City to Nigerian parents, is a Nigerian musician with songs like ‘Oluwa’ and ‘Flyer than Most.’

Juliet Ibrahim is an award-winning actress in Ghana who has starred in movies like ‘4 Play,’ ‘Royal Storm’ and ‘Losing You.’ She divorced from Kwadwo Safo, son of the Founder of Christ Reformed Church, Apostle Kwadwo Safo in 2014.