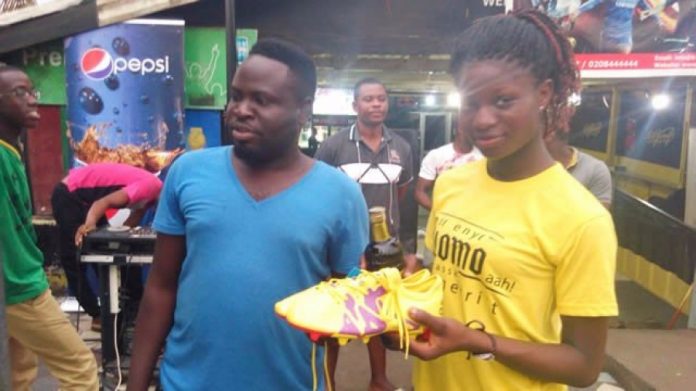 The activation which started last year December runs through to the end of March this year and has so far engaged over 500 soccer fans across Accra, Takoradi and Kumasi that have love for the Premiership

Kasapreko has clinched a deal with EPL to showcase their products during selected EPL matches.

Alomo Bitters was last weekend displayed on the stadium pitch-side panels during the Manchester United-Stoke City game that ended in a one-one draw.

Fans have won prizes such as mobile phones, football boots, footballs, branded T-shirts and other souvenirs so far and the activation train will be at selected pubs across the three cities in subsequent EPL games.

The #AlomoBittersOnEPL activation is one of the ways in which Kasapreko is using to engage its consumers through soccer.

The Premier League is the most competitive league in the world beamed to over 700 million homes in more than 200 countries.