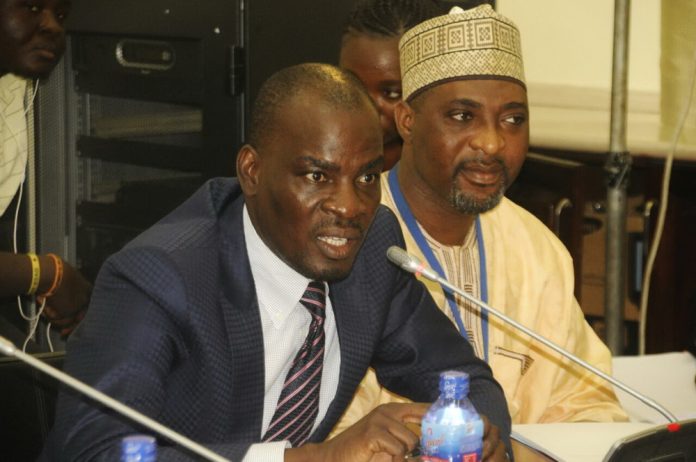 The National Democratic Congress (NDC) Minority in Parliament has dared the Majority New Patriotic Party (NPP) members dissatisfied with the performance of the Minister of Finance Ken Ofori-Atta to stop beating about the bush and walk the talk.

According to the Minority, pronouncing their disenchantment with the Finance Minister and indeed going ahead to issue an ultimatum for his dismissal is in tandem with the Minority’s Vote of Censure motion.

Minority Chief Whip, Ahmed Ibrahim, who was responding to a press conference by a section of the 80 members of Parliament from the NPP Majority caucus on Thursday, November 10 insisted though they still stand by their ultimatum for the dismissal of the Finance Minister they won’t join the Vote of Censure motion.

MP for Effiduase/Asokore constituency, Dr. Nana Ayew Afriye who addressed the Majority press conference argued the action of the NDC is premised on falsehood and propaganda and the reasons being adduced for their action are unjustifiable.

He said, “Their position might look like ours but it is not the same. You should not be able to come to the Chamber and level ten allegations that bordered on criminality over a person who is not there to defend himself.”

Dr. Ayew stressed confidence in the Finance Minister has clearly gone down and that he must step down but argued this is different from what the NDC is seeking to do.

The Deputy Minority Whip, however, argued since the Majority NPP has admitted the Finance Minister has failed, he can be impeached based on Article 82.

“If it is true all the 137 NPP MPs are saying the Finance Minister must go, let’s go and walk the talk.”

“Ghanaians respect us as leaders and they have put their destiny into our hands and expect us to move the nation and bring the economy back on track. If you are concerned the Minister has failed and must go. Let’s go and do it and you say the President has spoken to you.”

“When a similar motion was moved in 1999, the President was then a Member of Parliament and he contributed to the Motion that was going to impeach Kwame Preprah. Today we are going to move that same motion to impeach Ken Ofori –Atta and the President is intervening for him.”

“Is this for national interest or Nana Addo’s interest,” he quizzed.

Ahmed Ibrahim averred that 80 MPs first held the press conference to express their disenchantment; the Majority leader eventually admitted the concerns they raised are now a Caucus agenda.

According to him, during the debate on e-levy, Majority leader Osei Kyei-Mensah-Bonsu accused the Minority they were being controlled by the external party and argued the party in Parliament must detach itself from the external party.

“Today we have evidence he is being remote controlled and beyond being controlled he has been given an official letter to tow the party line and not follow his own conscience,” he added.

Meanwhile, debate on the Minority’s Vote of Censure Motion against Ken Ofori-Atta will be taken at 1 pm this afternoon.