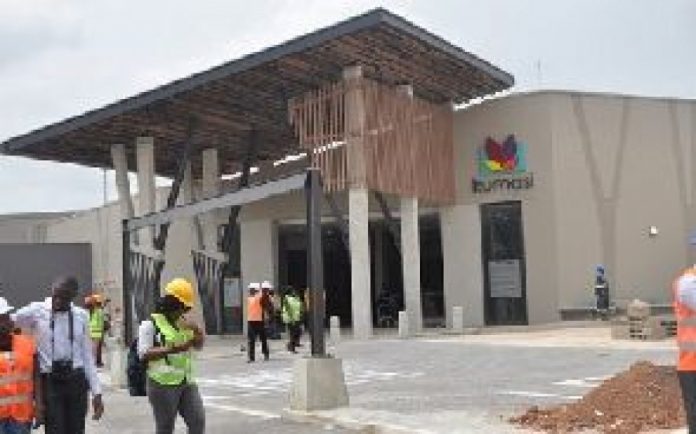 The mocking of residents of Kumasi online following the opening of the facility in Kumasi – the first in the Ashanti Region – has turned out to be a blessing with the mall recording 75,000 visitors on May Day, up from the 67,000 it registered when it was first opened to the public in April. Managers of the facility view the development as unprecedented given similar facilities in other parts of the country have never recorded such numbers in a day.

Speaking to Class News’ regional correspondent Hafiz Tijani, the marketing manager of the mall, John Badu Bonsu, said: “There is nothing like negative publicity, every publicity depends on how you manage it.”

He added: “The pictures that went viral, most of them weren’t true: you can’t bring goats into a mall; it’s not possible but it also helped us. We had a special international coverage.

BBC actually made a report on us and it took us international. We trended on Twitter for two weeks and everybody was talking about Kumasi Mall. People wanted to actually come and see if what they were hearing was true and when they came and it wasn’t true, they went back to talk about us, so I think it helped in a way. We wouldn’t have loved something like that to happen but as it happened it was very fruitful to us. The opening day we had 67,000 people, subsequently 45,000 people, and on May Day we had 75,000 people coming – it’s never happened anywhere in Ghana before.”

The mall will be officially opened on Wednesday 10 May. Dignitaries expected at the grand opening include the Asantehene Otumfuo Osei Tutu II, President Nana Addo Dankwa Akufo-Addo, and some former heads of state. The Asantehene is expected to unveil a plaque and name the food court.