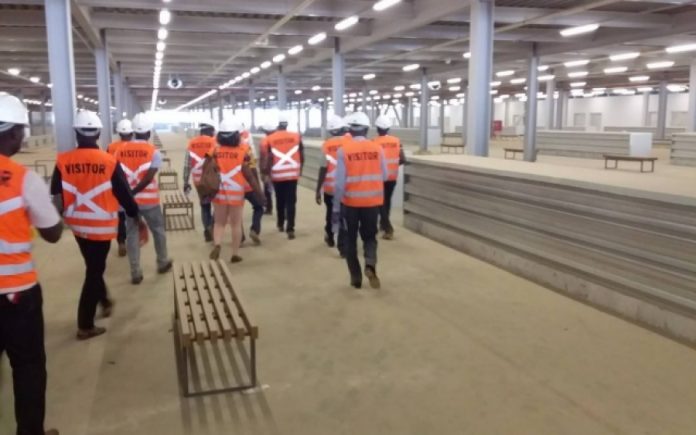 The $198million project, which started in July 2015 was scheduled for completion by 18 January 2018, but could not meet the deadline.

This was as a result of court injunction placed on the technical area that will house the sewage system, water, electricity, gas installation among others.

Mr Emmanuel Danso, consultant for the project said this in an interaction with Adehye FM’s Elisha Adarkwah on Monday, 18 February 2018, when the Kejetia Traders Association toured the project site.

“We’re supposed to have finished in 18 January 2018, but we have to inform our client that because of this litigation, we’ll extend for six months. So, we are working within the six months period…maximum by June, we will be done with the project,” he said.

The technical area, he said is currently under construction after the litigation was resolved by the Kumasi Traditional Council.

He expressed confidence that the project will be completed at the rescheduled time if no other interruption is encountered.

Mr Danso had earlier indicated that stalls in the project had been completed but the contractor was only confronted with litigation on a parcel of land for the technical area.

The Kumasi Traditional Council has since intervened in the impediments on the early completion of the project.

The litigation has been resolved while the council also ordered the Kumasi Metropolitan Assembly to pull down all structures impeding the completion of the project.

Chairman for Kejetia Traders Association, Mr Kwabena Obeng also called on the Kumasi Metropolitan Assembly to prioritise traders who were relocated from the market in allocation of the stalls when completed.