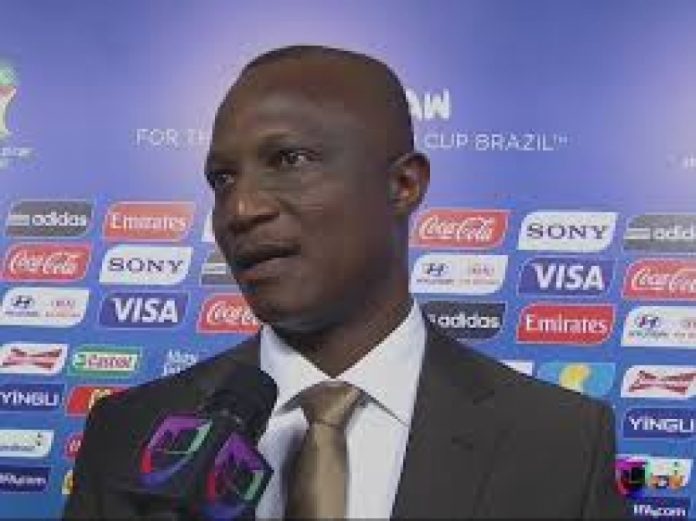 The foundation which was established by the head coach of the Black Stars in May 2017 seeks to help in the development of retired sports personalities through financial assistance, health aid and skill development.

Speaking at the ceremony, Kwasi Appiah reiterated on the need to give back to the sports that has brought him far as he seeks to improve the plight of former footballers.

Get All The Latest Politics Here – GhanaCrusader Political News
He said: “The objective of the foundation is to assist retired players and former national athletes in different ways. I have for this reason dedicated a percentage of my salary in that regard. Today’s inauguration of my board of Trustees, the Foundation begins a journey that I hope will change many lives.”

Deputy Sports Minister Honourable, Pius Hadzide in speech congratulated Kwasi Appiah for this initiative which according to him coincides with the objectives of government which also seeks to establish a sports fund to improve the living standards of former footballers.

“We are delighted by the sense of patriotism that has being exhibited by the head coach of the senior national team, we are just being told that he is dedicated a percentage of his monthly salary towards a good course thus the upliftment of retired footballers.

“This vision of the coach coincides with the vision of the government to support retired sportsmen. We understand that facing retirement from the sporting career can be tough but knowing what to expect can make it easy.

“Critical to the losses that retired footballers face is money because they don’t make enough money after retirement which could lead to depression. So as a Sports Ministry we have started work towards the establishment of National Sports Fund part of which will dedicate to the maintenance of retired football,” Honourable Hadzide noted.

Meanwhile, a five-member team has been unveiled as Trustees for the fund. They include:

Notably, the main launch of the foundation is expected to take place later in the year.