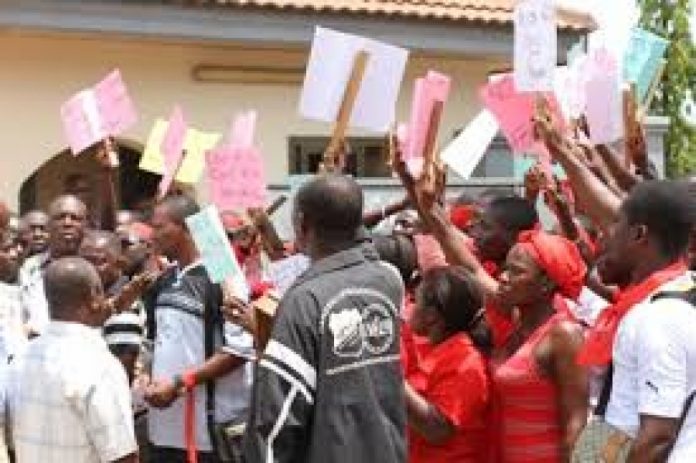 Citi Business News understands the issue comes four months after the expiration of the former Commission in October last year (2017).

Officials of the NLC however tell Citi Business News they are hopeful of resolving the issue soon.

The concerns over the absence of a Commission at the NLC, first came up at the beginning of this year – 2018.

At the time, the General Secretary of the ICU, Solomon Kotei alluded to the pile up of cases at the NLC and its impact on labour issues.

This situation has since not changed and this is confirmed by labour unionist, Abdul Momen Gbana.

“It is a major worry to labour unions as well as other ordinary workers who are not even unionized; there is a pile up of issues currently piled up at the NLC. These include labour rights as well as interest dispute issues, among others.”

The Executive Secretary of the NLC, Vincent Ofosu Asamoah had hoped that a Commission would be functioning by February.

But this will not happen and he explains why, to Citi Business News.

“The president is to select the representatives in consultation with the Council of State and the final meeting was last Saturday, February 17, 2018. Initially, there were some challenges so a new meeting has been scheduled for February 27, 2018. So we hope that by the end of February, we would have gotten a new Commission,” he said.

The Commission is among others expected to adjudicate all labour cases brought before it by affected parties.

Per the regulations guiding the NLC’s operations, the Commission cannot sit on any case if it falls short of its seven member composition.

The delay, Citi Business News understands has been from the government’s side as Employers and Organised labour have both tendered in their representatives.

Mr. Ofosu Asamoah further explains the impact the absence of the Commission is having on existing cases currently before it.

“We deal with cases by facilitating the hearing, negotiating and the administrative procedures but there are cases that we cannot do anything without the presence of the Commission… such cases involve ones such as the current Ankaful issue,” he added.