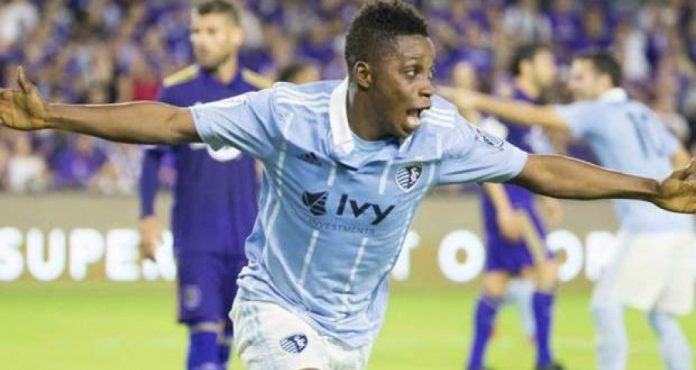 The 21-year old has been drafted by new MLS Franchise Los Angeles FC ahead of the new season.

He made 31 appearances in all competitions for Sporting KC last season scoring 6 goals.

But he has yet to receive a call up to the national team dropped from the final squad for AFCON 2017 after initially being named in the provisional squad.

“I am ready to switch nationality and play for USA. I’m not focused on the Black Stars because I have done enough to merit an invite but to no avail,” Blessing told Happy FM as reported by Ghanasoccernet.

“One man’s poison is another man’s food, so if I don’t get chance to play for Ghana and USA offer me the opportunity, I will grasp it with my two hands.”

“I’m ever ready for them to call me because I believe it is a place where every footballer would want to ply his trade and enjoy football. Ever since I moved there my level of thinking in every aspect of life has escalated drastically,” he deduced.

Blessing is home in Ghana vacationing after the MLS season came to an end.