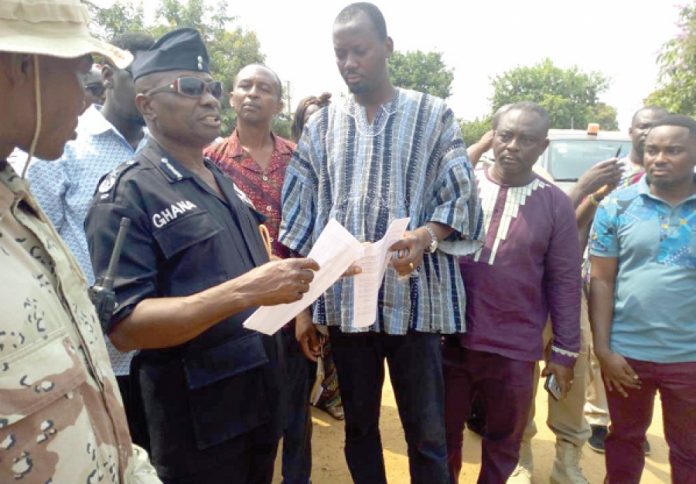 The government placed a six-month ban on small-scale mining at the beginning of 2017 as part of measures to stop the devastating effect of illegal mining on the country’s land and water resources.

Among other measures, a joint police and military task force, dubbed: ‘Operation Vanguard’, was deployed to mining communities to weed out illegal miners.

In spite of the considerable gains made by the task force, the government extended the ban by three more months, taking the period of moratorium to the end of January this year.

With a few days to the expiration of the ban, it is not clear if the government will lift it to pave the way for small-scale miners to resume their work.

This development has caused anxiety among small-scale miners who have, on many occasions, called for the ban to be lifted.

At a press conference in Koforidua yesterday, the General Secretary of the GNASM,  Mr Godwin Amarh, said the way forward for the total clampdown on illegal mining was for the ban to be lifted for legitimate small-scale miners to resume work.

He said that would enable the legal miners to identify and report the illegal miners among them to the police for the necessary sanctions.

“Since 2013, our association has spent more than GHc1.5 million to fight illegal miners. In the process, more than 600 illegal miners and hundreds of their equipment have been seized.

“We have continued to support Operation Vanguard to make more arrests to sanitise the mining sector, so we are of the view that any extension of the ban will further deprive our members from engaging in legitimate business,” he stressed.

Mr Amarh added that from January 10 this year, the task force set up by the GNASM in the Eastern Region had arrested 32 illegal miners and seized 45 boats and 90 machines at various locations.

For his part, the Deputy Eastern Regional Police Commander, Deputy Commissioner of Police (DCOP) Mr Kojo Gyan Kyere, lauded the task force set up by the GNASM for a good job done to complement the efforts of the national task force.

He urged them to be diligent in their activities by handing over illegal miners they arrest to the police for the law to take its course.

He said the ban on small-scale mining would be lifted if the government was convinced that the mining sector had been sanitised.

Dr Karikari said the MMIP would be rolled out in February this year, after which the Cabinet would give directives for the way forward in the fight against small-scale mining.