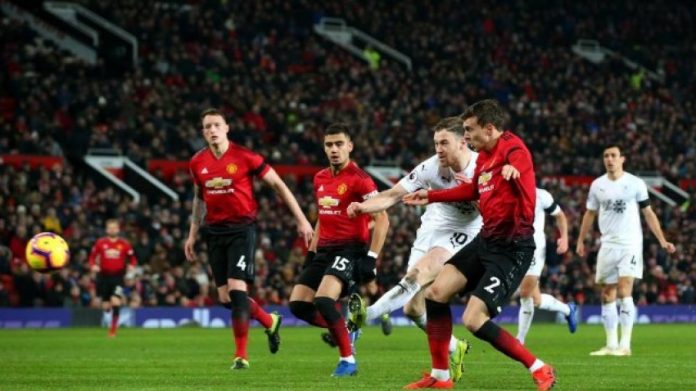 United were facing their first defeat under caretaker manager Ole Gunnar Solskjaer until Paul Pogba scored from the penalty spot in the 87th minute and Victor Lindelof scrambled in a 92nd-minute equaliser.

Burnley had defended resolutely until conceding twice late on and were in front thanks to second-half goals from Ashley Barnes and Chris Wood.

Barnes smashed home from inside the penalty area at the start of the second half after a mistake by Andreas Pereira and Wood headed in Barnes’ cross in the 81st minute.

The draw means United drop points for the first time under Solskjaer, having won their previous eight games with the Norwegian in charge, and fail to move level on points with fourth-placed Chelsea.

The point for Burnley moves the Clarets up a place to 15th, four points clear of the relegation zone.