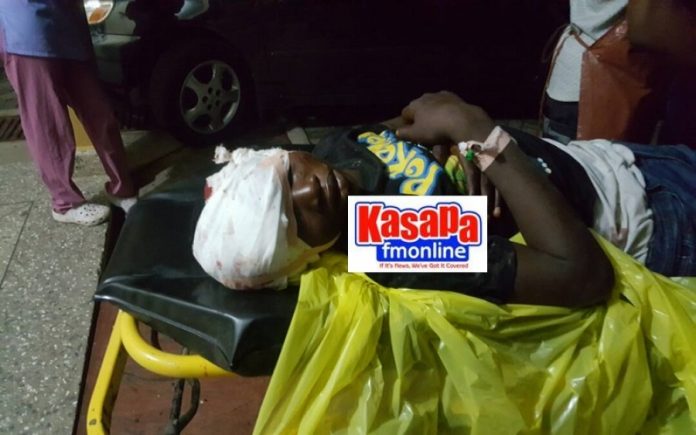 The Security man at the facility has also been invited.

Osman, was shot after he reportedly refused to release his mobile phone to an unidentified person during an annual Salah jam near the Manhyia Palace in Kumasi.

He was shot in the forehead and was rushed to the Konfo Anokye Teaching Hospital since the Manhyia Hospital which is close to the incident scene claimed they did not have the capacity to provide medical treatment due to the extent of the injury.

Osman is currently in critical condition.

It has emerged that the Sarkin Zongo of Ashanti Region, Sultan Omar Farouk Saeed ahead of the event warned the Manager of the Filing station of the dangers his facility posses to the youth during such jams, as some of them indulge in smoking and other indecent activities which could threaten their lives.

The Chief also feared the possible stampede that might occur as the facility was too small to contain the huge number of youth who attend the annual event and thus kicked against the programme being held there.

But Chief’s concerns fell on deaf ears as the Manager went ahead and held the event which unfortunately recorded the shooting of Osman.