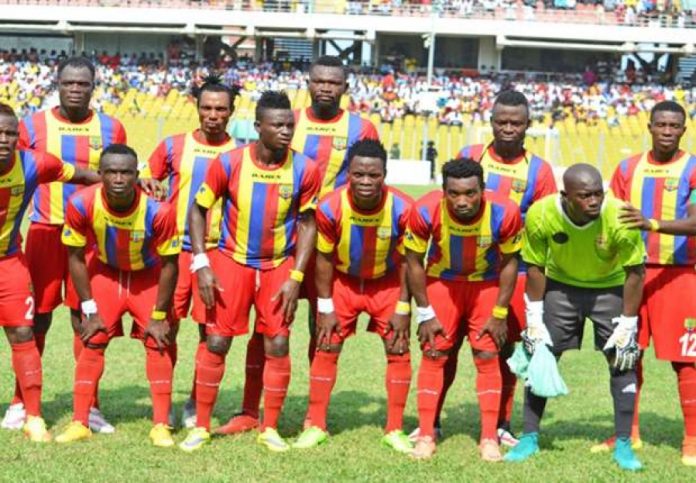 Six matches were played, with a game each set for Saturday and Monday, leaving Sunday clear for Ghana’s Afcon 2019 qualifier against Ethiopia in Kumasi.

Surprise package Wafa and Liberty Professionals shared the spoils at the Carl Reindorf Park in Dansoman following a 0-0 draw. The Academy Boys’ hold of the top spot could end on Monday when second-placed Aduana Stars, who sit three points below, host Asante Kotoko in the last game of week 18.

Following Sunday’s 5-0 battering at the hands of Wafa, Hearts of Oak responded in an emphatic fashion with a 4-0 triumph over bottom-placed Bolga All Stars. Kwame Kizito and Vincent Atinga each scored twice for the third-positioned Phobians.

Inter Allies moved to the fifth position courtesy of a 2-0 triumph over new boys Elmina Sharks. Hasmin Musah and Abdul Nassiru found the back of the net at the El-Wak Stadium in Accra.

Against every expectation, struggling Ashanti Gold claimed a 1-0 away win over Medeama at the Tarkwa T&A Park. Richard Ocran’s penalty was the separating factor.

And in the last game of Friday, Stephen Bentil fetched the solitary goal of Ebusua Dwarfs’ 1-0 home victory over Bechem United. The Crabs are 10th on the log whereas defeat leaves the Hunters on the seventh position.