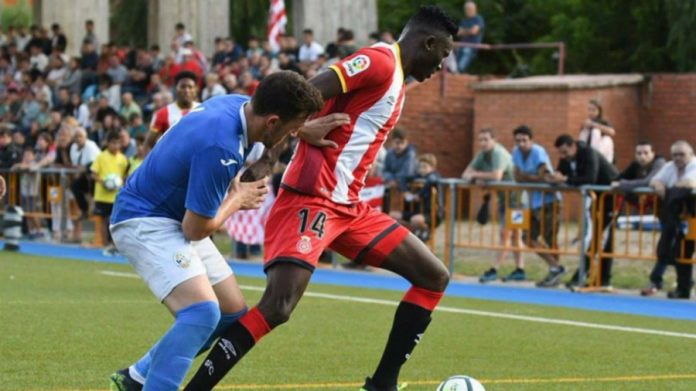 Kenyan striker Michael Olunga debuted for Spanish Primera Division side Girona in their 0-1 loss at home to Sevilla on Sunday.

The towering striker who made a deadline day switch from Chinese Super League club Guizhou Zhicheng -on loan- and was introduced in the final 10 minutes at Estadi Municipal de Montilivi to become the first Kenyan player to feature in La Liga.

The 23-year-old was brought on for Portu and entered the field alongside fellow African, Nigerian forward Larry Kayode.

The duo could not help the White and Reds avoid defeat but will be thrilled with getting some minutes under their belts.

Pablo Machin’s men are next in action on Wednesday and will travel to Leganes.

Olunga and Victor Wanyama –of Tottenham Hotspur- are the only Kenyan players currently playing top-tier football in two of the best leagues in the world.