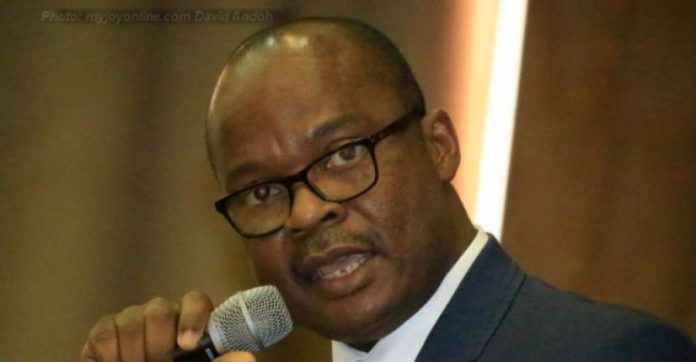 According to the sources, commercial banks would be given up to December 2018 to meet the new capital.

The decision was taken after what was has been described as extensive engagement with players in the industry and also current development in the economy.

This should mean that any bank that has not met the new capital levels by December 2018 could lose its license to operate in the country.

Before the increase
The Finance Minister, Ken Ofori Atta had earlier in an interview JoyBusiness indicated that the commercial banks would be given up to one year to recapitalize, describing the capital raising as “substantial compared to what happened in Nigeria.”

In dollar terms, the proposed increase could be about $100 million.

Some Managing Directors of the commercial banks had earlier proposed that the planned capital increase needs to be staggered.

So that they can indeed meet the new levels being proposed. Others have also argued that the capital review would affect most of the local banks, a development that could result in most of them “going down”.

JoyBusiness is also learning that the troubled banks that not had met the current capital level of ¢120 million, have up to September 20 to improve their position.

History
In 2003, the Bank of Ghana (BoG) issued a directive to commercial banks to increase their capital to a minimum of ¢7 million as part of measures to strengthen their capital base.

In 2008, it increased the capital to ¢60 million in a bid to make the banks more resilient against unforeseen or expected losses.

The Central Bank later proposed ¢120 million for new entrants and later asked the existing banks to increase their capital to that level.

In February 2017, the Bank of Ghana gave some indications that it wants to raise the levels again.

According to the accounting firm, PriceWaterhouseCoopers, in real terms, the minimum capital of ¢60 million has significantly eroded as the cedi to dollar parity has declined from less than 1 to almost 4.5 times, hence the need for this review.

This has been described as a new regulatory requirement for banks based on their risk.

The Basel II is an international business standard that requires financial institutions to maintain enough cash reserves to cover risks incurred by operations.

The Basel accords are a series of recommendations on banking laws and regulations issued by the Basel Committee on Banking Supervision. This should mean that depending on the risk of each bank the capital requirement could be increased again.