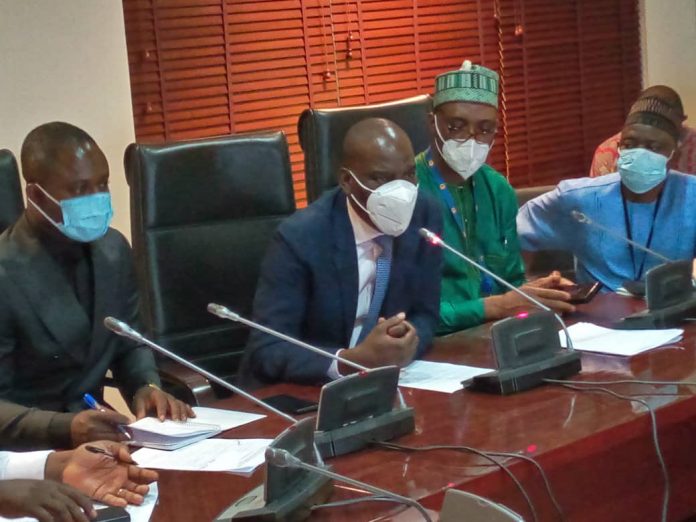 The Minority in Parliament has served notice it will explore all avenues under the 1992 Constitution and the Standing Orders to hold the Health Minister accountable for the racketeering involved in the purchase of the Sputnik V vaccines from Russia.

It called on the government to put in the necessary steps to abrogate the contract regardless of whether payments have been made or not.

The side accused the government of profiteering and exploiting the Coronavirus pandemic to amass wealth for family and friends.

It stated that the blatant and naked opportunism being engaged in by the government is risking Ghana’s longstanding mutual relations with diplomatic partners so as to facilitate unconscionable profiteering.

The Minority lamented that in the midst of excruciating hardships, massive corruption and government negligence and incompetence are leading to the failure to secure safe vaccines for Ghanaians.

Minority leader, Haruna Iddrisu, raised these concerns when he addressed the media on the ‘overpriced’ Sputnik V COVID19 vaccines in Parliament on Thursday.

The government, he said, in a bizarre twist chose to deal with dubious middlemen of questionable character in its insatiable thirst to profit from vaccine acquisition.

He expressed shock that the Minister for Health, Kweku Agyeman Manu justified the decision by the Ministry to purchase 3.4 million doses of the Russian Sputnik V vaccine using a middleman at a unit cost of US$19 instead of US$10.

More shocking, he said, is the Ministry’s explanation that it faced difficulties using country-to-country negotiations and other means to get the vaccine hence the reason for using an intermediary.

He said, “This argument by the Minister is unconvincing to the Ghanaian populace because the decision to purchase vaccines from an intermediary does not guarantee the safety and potency of these vaccines for the people of this country.”

“Indeed, WHO has warned all countries including Ghana to desist from the purchase of vaccines using intermediaries because it has the tendency of resulting in sub-standard vaccines that can be harmful to our compatriots.”

“In any case, there still exist other channels such as the WHO, UNICEF, GAVI, COVAX, etc. that can assist Ghana to obtain standard and safe vaccines set at a price far lower than the US$19 per dose rip-off.”

Mr. Haruna Iddrisu stated that their independent investigation revealed the Russian authorities have at all times been willing to deal directly with Ghana contrary to what the Akufo-Addo government is claiming.

The Minority, he said, can confirm the Russian Direct Investment Fund (RDIF) opened direct engagement with over 30 governments as of February this year including African countries such as Kenya, Rwanda, Tunisia, Guinea and Algeria.’

He said the side also established that the dubious middlemen government is dealing with have no authorization on behalf of RDIF or Russian authorities to hold themselves as agents.

“The NDC caucus can also confirm that these middlemen made no efforts to engage the Russian Embassy when they arrived in Accra.”

“Our government did not also contact them for any due diligence neither were Russian Embassy officials invited into the meetings with these shadowy characters and contrary to claims by the Minister, there is no Deputy Russian Ambassador in Ghana.”

Speaking on the Frontiers Healthcare Services deal, the Minority leader noted that Noguchi could have been offered the contract to carry out the testing at the Kotoka International Airport since the facility is more competent.

He condemned the proportion in which the revenue from the exercise was shared where the Airport Company received US$1 million while Frontiers retained a colossal $16.3 million.

“The transaction was characterized by the Akufo-Addo trademark lack of transparency and regard for our laws. The Procurement Law, Health Institutions and Facilities Act and the Fees and Charges Act were all breached to pave way for this hurriedly incorporated company without any track record whatsoever.”

He warned that the NDC caucus has prepared a motion demanding a bi-partisan parliamentary inquiry into the Frontiers affair and stressed the side will ensure whatever happened is exposed for Ghanaians.