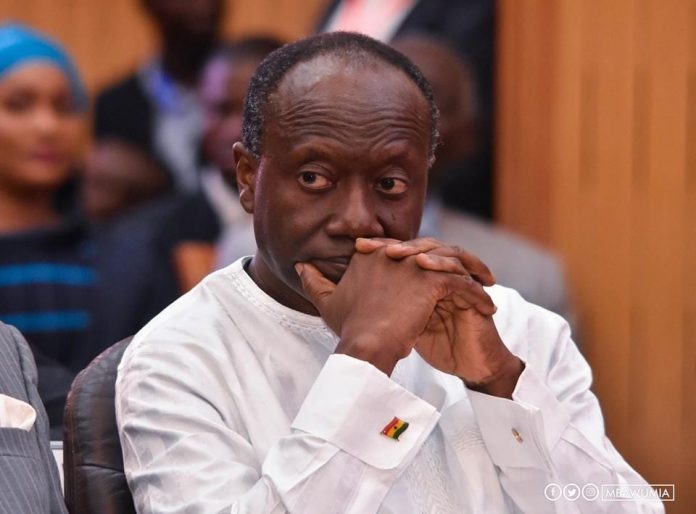 In his view, the only way forward is to kick out the government from office through the ballot.

“Clearly the President doesn’t want to sack, the only way to deal with this is to vote them out of office,” he said on the Key Points on TV3 Saturday, November 5.

He further expressed optimism that the opposition MPs will get the required number to vote against the Finance Minister following the motion they filed.

“We are convinced we will get the number, the vote will be a secret ballot.”

But Former Deputy Attorney General Joseph Kpempak Dindiok said it is not automatic that when the vote of censure is passed on the Finance Minister, will leave office on the basis of the results from the vote in Parliament.

The vote is not the end of the process, he said.

The former Lawmaker for Tempane also stated on the Key Points on TV3 that the erroneous impression is being created that as soon as the vote is passed, that automatically gets the Finance Minister out.

That is not the case, he stressed.

He said, “The impression is being created that as soon as parliament votes by two-thirds, the Minister will go, it is not, the vote is just one step.”

Earlier, Deputy Majority Leader Alexander Afenyo Markin said that Mr Ken Ofori-Atta ought to be heard following the motion filed by the Minority to get him removed from office.

He stated that the Minister has not been served, and neither have the applicants served the basis on which they mounted their application.

His comments were after the Speaker ruled that the motion filed by the Minority was properly laid after overruling an objection from the Majority.

Mr Afenyo-Markin said “The Minister is entitled to be heard. You cannot take away the right to a fair hearing from a respondent. So Mr. Speaker, my view is that we have a serious matter as censure and the applicants have not served the Minister neither have they served the basis on which they mounted their application.”

The Minority Leader, Haruna Iddrisu for his part said “The Speaker has ruled, and we must show respect to the Speaker. If there are any disagreements with the ruling, they know what to do. Ordinarily, in any civilized democracy in the world, you don’t even need a motion for the Minister of Finance to go home.

“He, upon self-appraisal of where he has led the country and economy to, in all conscience, will bow out and save the nation. So, we have brought a competent motion.”

The motion was filed by Asawase Member of Parliament Muntaka Mubarak and dated October 24, 2022.

The opposition lawmakers believe the Finance Minister has failed in managing the economy.

In a tweet, North Tongu Member of Parliament Samuel Okudzeto Ablakwa said ” In compliance with Article 82 of the 1992 Constitution of Ghana, the NDC Caucus in Parliament has successfully filed a motion for his immediate removal.

“We’re glad there’s positive indication some of our NPP colleagues will support us.”