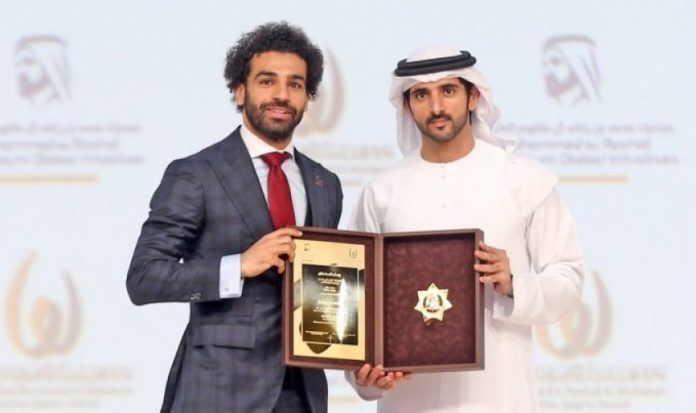 The Liverpool forward arrived in Dubai on Wednesday morning to attended the ceremony of Mohammed Bin Rashid Creative Sports Awards.

The footballer was not the only Egyptian to win an award at the ceremony as weightlifter Mohamed Ihab, who won the Bronze medal at the 2016 Rio de Janeiro Olympics, scooped the “Arab Athlete” award.