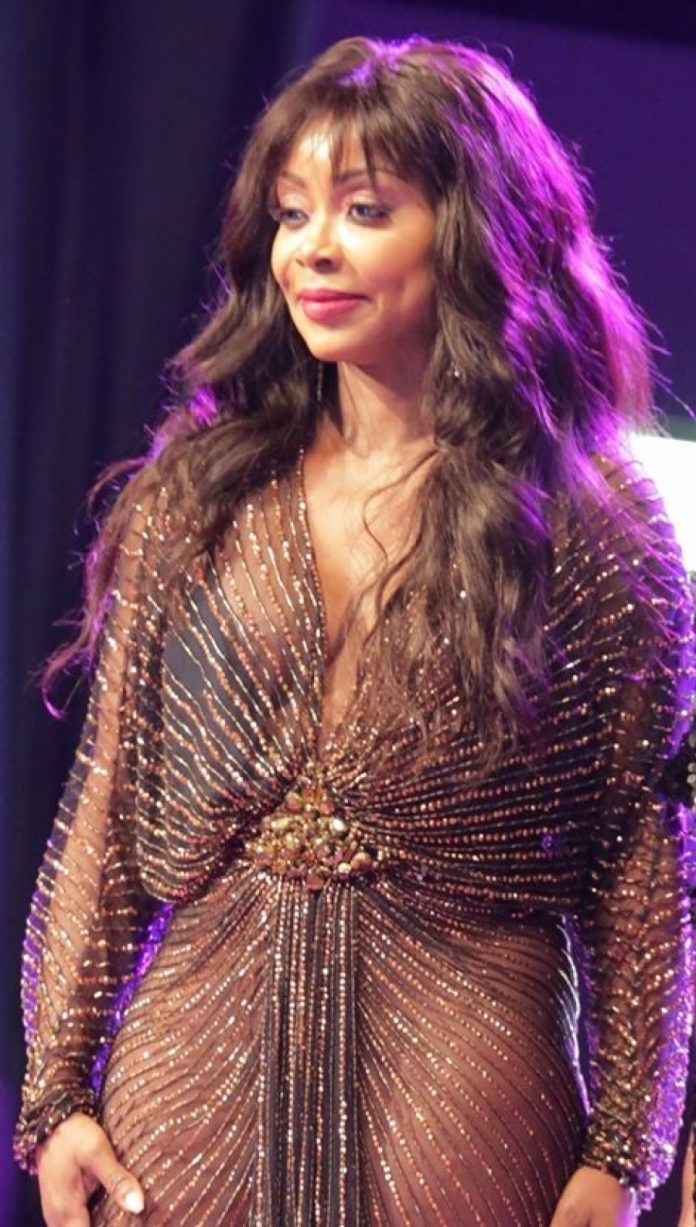 Her transparent outfit at this year’s Ghana Music Honours 2017 broke the unwritten rules of modesty and did not leave much to imagination.

But the Good Feeling singer has asked her critics to keep their cool because her family is in full support of whatever she wears.

“What I wear does not affect my role as a mother or a wife. I have a wonderful family who are in support of what I do. I mean they understand the kind of person I am and the fact that whatever I put out there in terms of costumes is because I am a performer.

“They do not have a problem with my clothes so if the people I love are fine with that then I don’t think, it should be a big deal,” she told Showbiz in an interview.

To prove that her children are proud of the kind of image she has created for herself in the entertainment industry, her eldest daughter, Alex, who is a musician and part of a UK-based girl band, Stooshe said, “We understand our mom, she is a performer and so what she wears and how she wears it is part of her craft. She actually inspires me because she is confident and always stands out.”

According to Stephanie, although people have been criticising her for her fashion sense, with time, she has realised that her style is even catching on.

“Back in 2011, I was a judge at the Vodafone Icons, the Divas Edition, I heard a lot of people make comments about my gowns and feathers but today, you see a lot of people wearing similar outfits posing for pictures on the red carpet.”

Stephanie, who looks very good for a 50-year-old woman, let Showbiz in on her secret. “I exercise a lot; I do kick boxing and other forms of exercises for least 30 minutes a day.

“Apart from that, I don’t eat carbohydrates after 6 pm. If I will take anything, it is either salad or fruits”, she added.

Talking about her Ghana Music Honours 2017 number, Stephanie said, “I was not naked, underneath the transparent gown was a legging which looks just like human skin and so if you do not touch my skin, you may think I am naked.”

Stephanie is currently promoting her latest song and video, One More which features High Grade act Samini. Produced by Killbeatz, One More is about love, respect, love making and communication between lovers.

Born in Ghana, Stephanie Benson started her music career at the very tender age of three when she started learning how to play the piano. She later added the violin and cello when she was enrolled at the National Academy of Music at the age of eight.

The award-winning musician moved to London, United Kingdom, at age 14 after her father’s death. It was in London that she mastered the piano and ventured into performing at famous nightclubs.