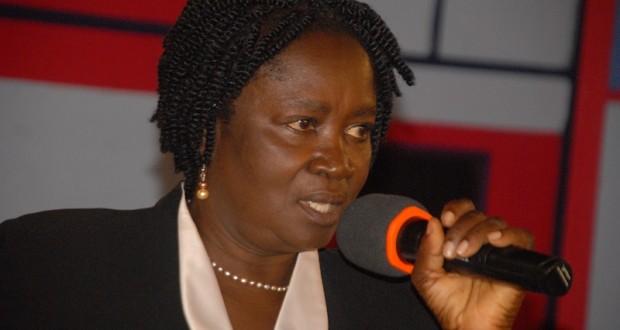 In the lead up to the 2020 December polls, one of the major areas that continue to be of immense focus is the education sector and most importantly the restoration of the supposed cancellation of the teacher and nursing trainee allowances.

Professor Jane Naana Opoku-Agyemang who was the Minister of Education and now the running mate for the NDC Flagbearer has touted her achievements in the education sector as one of the best in the history of the country.

Speaking to Kwabena Korankye on Live 107.5 in Cape Coast, Professor Jane Naana Opoku Agyemang said her intervention in the colleges of education has made the country produce more teachers to mitigate the shortage of professional teachers at the basic schools.

“When I was made the minister of education, we realized that the number of trained teachers were fewer in the system as compared to the basic school pupils. This was due to the quota system which wasn’t allowing the colleges of education to admit up to full capacity”

“So after the colleges gained tertiary status we spoke with GETFUND to provide the students with loans just as being done in the universities and increase the intake in order for us to have more trained teachers to teach in the basic schools. We allowed those already on the allowance to enjoy it till they completed so it’s not true we took it from the beneficiaries”

“In fact, it was my intervention that increased the number of trained teachers annually from 9,000 to 15,400. So the sin I committed was to allow more teachers to be trained so we don’t have shortages going forward? She asked