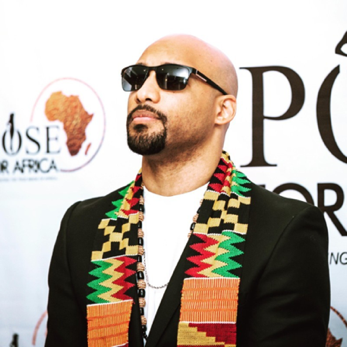 Serial Entrepreneur and Enstooled Chief, HRH Chief Nana Dakrabo I (also known as Michael B. Pratt) has partnered with WEG Studios in Washington, DC, musician/producer Koby Maxwell, actor Michael Blackson, and other notable people to develop a state-of-the-art film studio and production house, “Dakrabo 1 Studios.” This world-class studio will sit on 321 acres in Ghana, making it the first of its kind in Africa. The projected $350 million development will bring thousands of jobs and ignite Ghana’s entertainment industry.

Nana Dakrabo’s team is made up of leading industry executives, as well as architects, studio developers, entrepreneurs, executives, investors, and celebrities with aligned interest to make Ghana an entertainment hub in Africa. 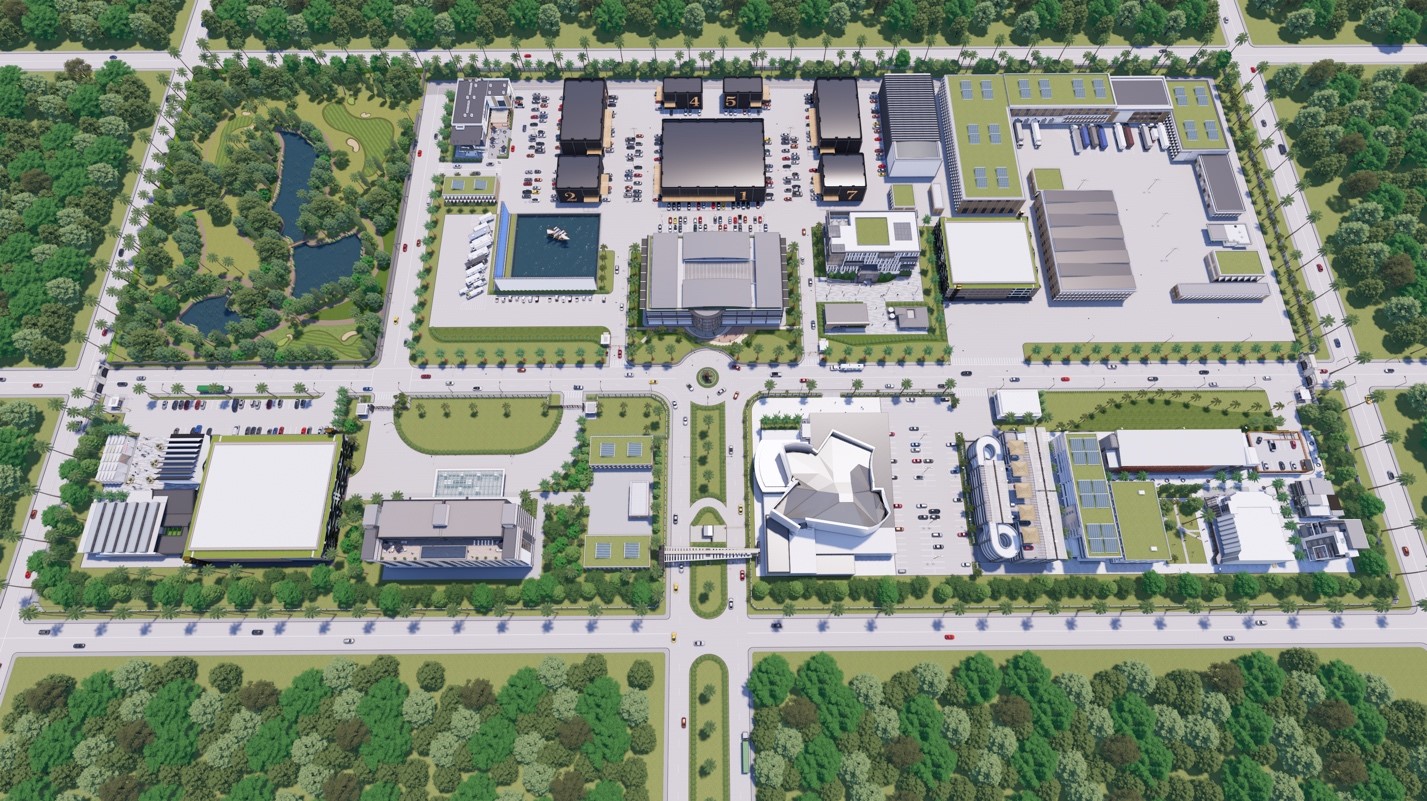 Nana Dakrabo I feels it’s time for Africans around the world to unite and bring to Africa what we’ve been bringing to the rest of the world… entertainment.
Speaking to the media, Nana Dakrabo I stated, “Entertainment is my biggest passion. I was born in Los Angeles and raised around celebrities and executives. Essentially, I was raised around Hollywood and now I get to bring Hollywood to Ghana.” 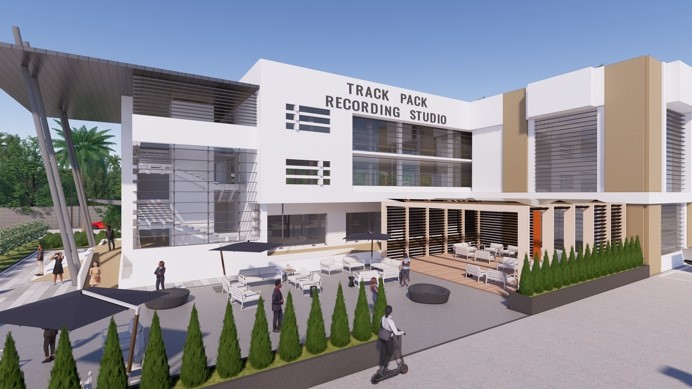 He continued that, “My vision is to develop a Hollywood ecosystem in Ghana. Beyond the film studio, I want to see professionals in all creative industries realize their ‘Hollywood’ dreams without leaving the continent and to see a thriving entertainment industry, that attracts talent and attention from all over the world.”

With Nigeria’s Nollywood being the 2nd largest film industry in the world (producing over 2,500 films and employing over 300,000 persons per year), there is an enormous opportunity to attract a massive number of productions to Ghana to produce high quality, world-class productions. 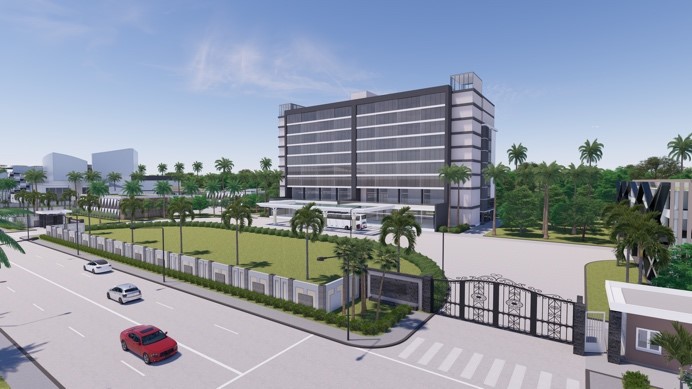 Koby Maxwell, popular Nollywood Film Producer also added that, “A film studio in Ghana will tremendously improve the industry with high-quality productions and it will unlock untapped potential and opportunities for international distribution.”
The studio is poised to capitalize on the African film market, gaining a large share of productions from neighboring countries, while simultaneously attracting productions from around the world.

Once the campus is developed, Dakrabo 1 Studios will showcase 7 soundstages, a 240-acre backlot, a blue-screen water tank, a recording studio, pre/post-production facilities, screening theaters, a concert hall, office space, a hotel for cast and crews, and most importantly, a film & music school. Nana Dakrabo I wants to create a space for creativity to thrive and give students hands-on training, in the classroom and on the studio lot.
About the school, Nana Dakrabo I said, “Our education and technology partners are working together to create an educational experience that allows industry leading teachers from Los Angeles to teach virtually in Ghana.” He also added, “It’s critical that we properly educate aspiring professionals on best practices and techniques directly from the industry’s best. This will allow us to create content at a caliber that rivals a Hollywood blockbuster.” 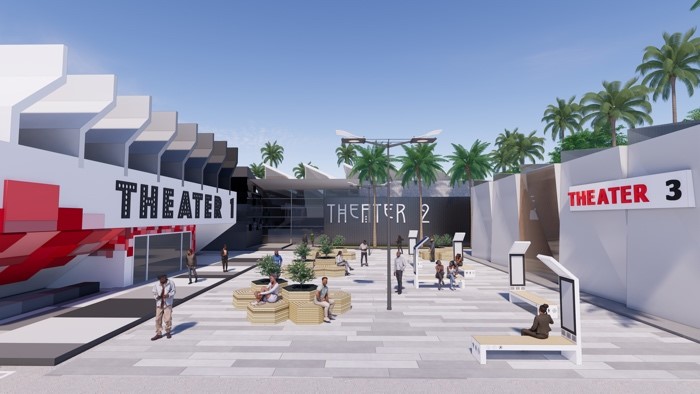 Fittingly, every building on the lot will be named after an influential African from around the world. This is Nana’s way of honoring our trailblazers and insinuating that this project is only possible because Africans around the world have overcome and are uniting for the first time since our great dispersion.

Without a major production facility in Ghana, there is no potential to compete on the world stage in entertainment. However, President Nana Addo launched a Film Pitch Series and Honorable Dr. Ibrahim Mohammed Awal is dedicated to building Ghana’s film industry. Chief Nana said, “Having nothing but support from Ghana’s government makes all the difference in the world and I couldn’t ask for a more encouraging and progressive government to work with.” He feels confident Ghana can attract massive investment into the industry and major productions to the studio. The industry will not only contribute to the country’s GDP and employment, but also tourism. But for this to happen, filmmakers must have access to a state-of-the-art facility, cutting-edge equipment, top-notch education, and capital. 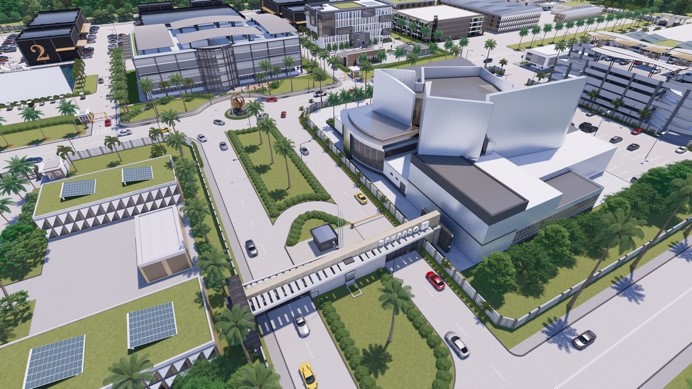 Nana Dakrabo I is excited to bridge the gap between Hollywood and Ghana with hybrid production teams and film financing. His production partners, United Filmmakers, is a TV/Film Production & Distribution company specializing in African American and African productions across various platforms. They place control of the projects into the hands of the creative with filmmaker friendly distribution contracts and transparent annual reporting. With over 40 years of experience, his team has established relationships with some of the top networks and streaming platforms in the industry. They intend to open the doors for African filmmakers to distribute to major networks globally.
“We’ve got a really powerful team, and collectively, we have access to most of Hollywood’s major networks and collectively, we want Ghana’s creative to have the same access,” Nana Dakrabo I affirmed.

Since his enstoolment, Nana Dakrabo I has been focusing on fulfilling his duties as Mpuntuhene (Development Chief) of Akonoma in the Asebu Kingdom.
“I’ve been given an immense privilege to impact the lives of many. I do not take it lightly. I am grateful to King Okatakyi Dr. Amanfi VII for entrusting me with such a huge responsibility and supporting my visions,” he asserted.
Beyond entertainment, Nana Dakrabo I is passionate about education, technology, and development. He is creating a plan to renovate schools in his Traditional Area, develop affordable housing, advance education through technology, and bring employment opportunities in several different industries.
Nana Dakrabo I noted that, “It’s all about helping others. God has blessed me to be a blessing to others. That is the real dream come true.” 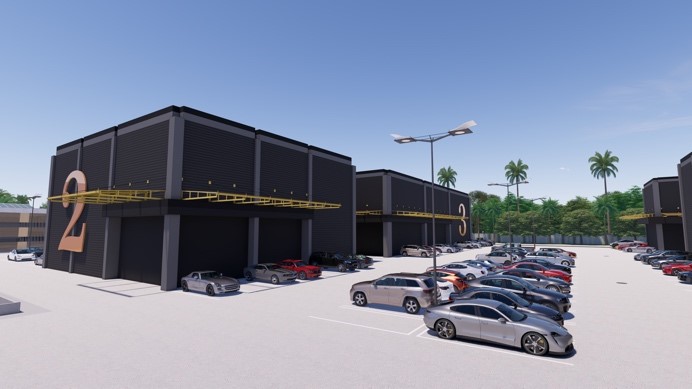