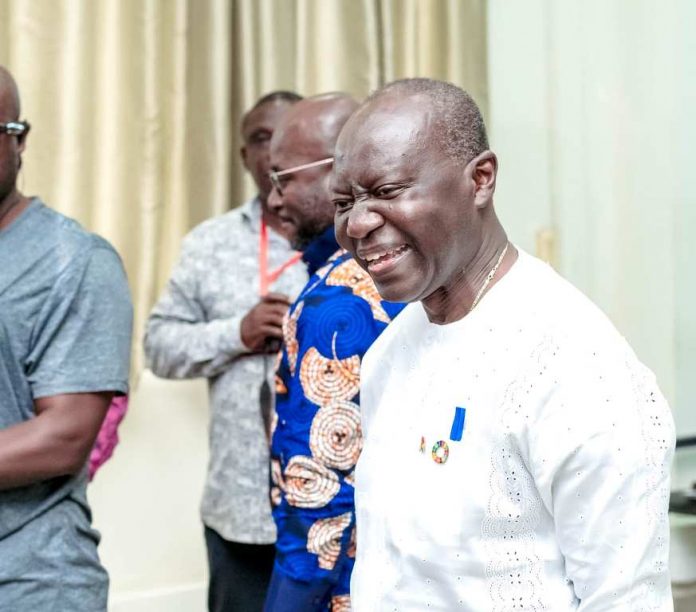 The Minister of Finance has denied making illegal payments from the Contingency Fund to support the construction of the National Cathedral.

“I want to state that this is just not true. Let me be categorical. I have taken no money from the Contingency Fund to make payments for the National Cathedral,” he stated.

Mr. Ken Ofori-Atta also rebuffed the term President’s Cathedral to describe the National Cathedral project and insisted it is 100%w owned by the state.

The Finance Minister stated these when he led evidence at the public sitting of the Parliamentary Committee investigating the Vote of Censure Motion on Friday, November 18.

He was responding to ground 2 of the Censure motion that the proponents are seeking to use to have the House pass a vote of censure against him.

Ground 2 reads: ‘Unconstitutional withdrawals from the Consolidated Fund in blatant contravention of Article 178 of the 1992 Constitution supposedly for the construction of the President’s Cathedral.’

The Motion contains seven grounds that the proponents are relying on but two were subsequently struck out by the Committee for constitutional and other reasons.

He said, “The National Cathedral is 100% owned by the State and is not the President’s Cathedral as described by the Proponents.”

“Indeed, the Attorney General issued an opinion on 6th January 2022, that the National Cathedral is a state-owned company limited by guarantee, under the Ghana Museums and Monuments Board.”

According to him, expenditures in respect of the National Cathedral were made from the Contingency Vote under ‘Other Government Obligations’ vote as has been the practice before his tenure.

He explained that the Contingency Fund the proponents refer to is covered under the 1992 Constitution under article 177 and constitutes money voted by Parliament and advances that must be authorized by the Parliament’s Finance Committee.

The Contingency Vote, he said, is a line under the ‘Other Government Obligations’ vote that is approved by the Finance Committee and passed as part of the annual Appropriation Acts passed by Parliament.

He assured that as Finance Minister he is fully aware of the approval procedures for use of the Contingency Fund and has not breached its requirement.

The policy direction and updates on the National Cathedral, he said, have been publicly presented over the years through the National Budget Statements and Economic Policies presented to Parliament.

He added that regular updates on the progress of the construction of the National Cathedral have also been provided to Parliament and the nation.