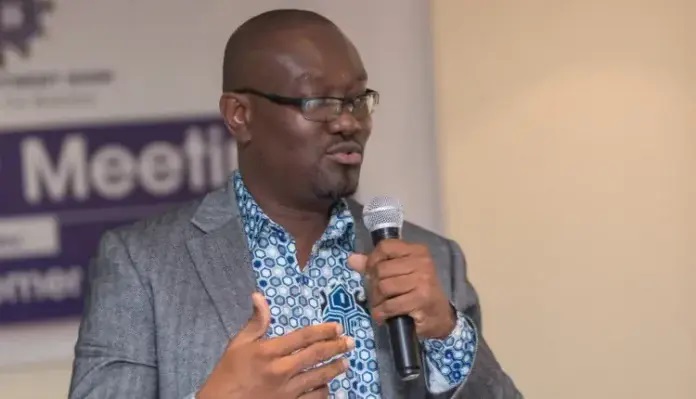 Former Deputy Managing Director of the National Investment Bank (NIB), Alfred Thompson has said that main opposition are unable to give alternative ideas after rejecting the Debt Exchange programme announced by the Finance Minister Ken Ofori-Atta.

He questioned what the ideas of the National Democratic Congress (NDC) are in managing the economy.

Speaking on the Big Issue with Berla Mundi on TV3 Tuesday December 6, Mr Thompson urged all Ghanaians to support the programme.

“I am pleading with everybody to support this just to bring our economy back on track. If we want to bring the economy back we all have to be in this together,” he said.

He added “You ask the NDC what their alternative measure is, but they they cant give. the opposition couldn’t give any alternative.”

Following the launch of the programme, the Minority Leader in Parliament Haruna Iddrisu said that the debt exchange was actually debt restructuring.

He said the form and structure of the programme announced are unacceptable.

Addressing a press conference Mr Iddirsu said “Let me state without any fear of contradiction that the form and structure of the debt restructuring announced by Finance Minister Ken Ofori-Atta this morning are unacceptable to us and we simply will not accept it.”

He added “The concern of the Minority is that the announcement by the Honorable Minister of Finance this morning has dire consequences on government and Ghana’s financial sector.

The Finance Minister Ken Ofori-Atta launched the programme in Accra on Monday December 5.

The objective of this programme, he said, was to alleviate the debt burden in a most transparent, efficient, and expedited manner.

In this context, by means of an Exchange offer, the Government of Ghana has been working hard to minimize the impact of the domestic debt exchange on investors holding government bonds, he said.

In particular, he added, it does not embed any principal haircut on Eligible Bonds, “as we promised. Let me repeat this fact as plainly as I can, in this debt exchange individual holders of domestic bonds are not affected and will not lose the face value of their investments. So let us remove any doubt and discard any speculation that the Government is about to cut your retirement savings or the notional value of your investments. That is not the case.

“As already announced, Treasury Bills are completely exempted, and all holders will be paid the full value of their investments on maturity. There will be NO haircut on the principal of bonds. Individuals who hold bonds will also not be affected at all.

“Coupon payments will be semi-annual. For emphasis, this domestic debt exchange programme will not affect individual bondholders.”