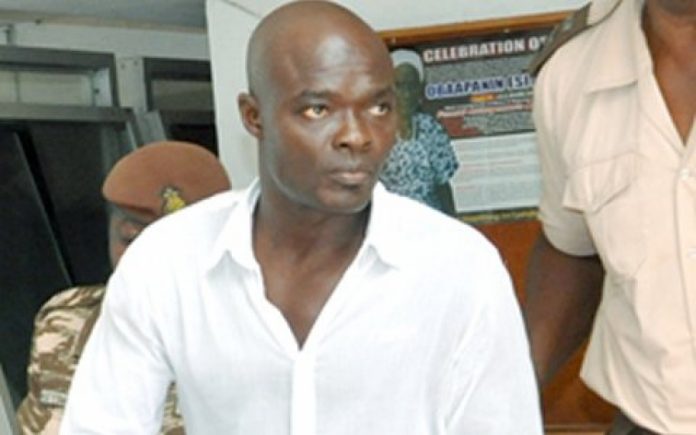 According to Amui, the model’s death was as a result of negligence from the prison guards at the Nsawam Maximum Security Prison.

He made the revelation while narrating the circumstance that resulted in the death of the late international model in an interview with Hitz FM’s Ibrahim Ben-Bako.

Ibrahim Sima died on Thursday, December 4, 2014, while serving a 15-year jail term for dealing in narcotics.

Amui disclosed he was in the same block with the late model and that he suffered a broken rib during a football match.

“We were in the same block. He was in Cell 3 and I was in Cell 5. We went to the pitch to play football and he wanted to score a goal. The [goal] keeper also wanted to hit the ball.
“Unfortunately, he hit his rib. He had one broken rib but did not know. Even though he felt the pain, he played the game till the end. In the evening when he was going to pray, blood oozed from his nose as he bowed down and was rushed to the infirmary,” he narrated.

Amui explained further that life in the prison is hell adding that if one should fall sick in the prisons, he or she will die.

According to him, there was no doctor to see to the wellbeing of Mr Sima at that moment which forced him to go to bed in pain.

“They said there was no car or ambulance to take him to the hospital, meanwhile there were officers in the prison yard who had private cars of their own,” he said.

In 2007, Ramzy and eight others pleaded guilty to charges of conspiracy, armed robbery and dishonesty receiving under Article 29, Clause 146 of the criminal code.

With four months to the end of his term, he filed an appeal which landed him 10 more years after the appeal failed. However, by some divine intervention, he was released after 10 years on December 29 last year.

Before his incarceration, Ramzy was fast rising in the Ghanaian music industry. He placed second at the Stars of the Future in 2006 and also auditioned for the M-net West Africa Idol contest in Nigeria in 2007.

He was arrested only a few days before the date he was scheduled to go and compete in Nigeria.