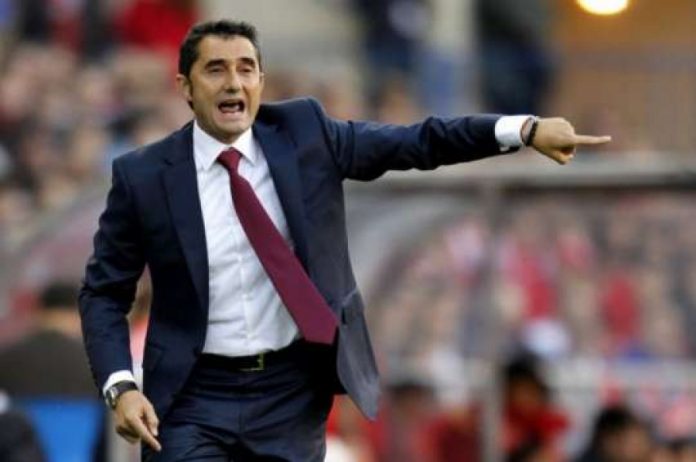 Speaking at Barcelona’s Joan Gamper training ground the former Athletic Bilbao boss was asked what it felt like to be coaching Messi.

“It’s a feeling of relief,” he said. “When you are in the opposition dug-out you have to try to stop him and you never have enough players on the pitch to do that. Now I can enjoy the way he plays.”

Valverde was asked if he would be playing Messi in a more withdrawn role this season and added: “Messi will go on dictating the way we play.

“He can play in different areas of the pitch and we know he can play deeper and help construct the play but it is in the final third where we want him to finish up; that’s where he really makes the difference for us.”

Both Valverde and Barcelona’s technical secretary Robert Fernandez spoke on Monday and were coy when quizzed about the club’s pursuit of Paris Saint Germain midfielder Marco Veratti.

Valverde said: “I am concentrating on working with the players that we have. I want to have the best squad possible but it’s difficult to improve because we already have the best players here.”

Asked about potential midfield targets Fernandez added: “It would be good if he could play in all three of the midfield positions because if he can only play in one it limits his opportunities.”

He was also asked if he could envisage a Barcelona without Neymar if a club paid the Brazilian’s buy-out clause of 222 million euros (254 million dollars).

He replied: “I don’t think that is going to happen.” Fernandez also said Barcelona had not received any offers for any of their players so far this summer.