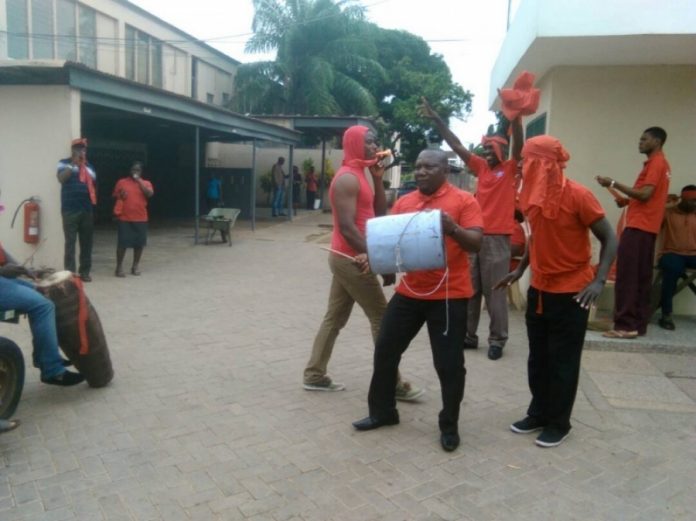 They say their Managing Director, Carol Annang, has taken over the work of the national paper’s Chief Accountant, Chief Procurement Officer and Chief Auditor.

They are also accusing Ms Annang of disrespecting procurement processes of the corporation in the purchase of a Honda Pilot SUV for herself.

The angry staff are wondering where she got the money to buy the vehicle for herself if, indeed, the company is on her knees as they claim she has always been touting each time they demanded better service conditions.

According to the demonstrators, the last time they had a salary increase was seven years ago.

Carol Annang was appointed by former President John Mahama in January 2015 for a four-year term in consonance with the 1992 Constitution.

Ms Annang attended Achimota School, and is a product of the University of Ghana where she graduated in B.Sc Administration (Accounts).

She also holds a Master’s in Business Administration (Marketing) from the University of Ghana.

Ms Annang, until her appointment, was the Chief Executive Officer of Newworld Securities Limited.