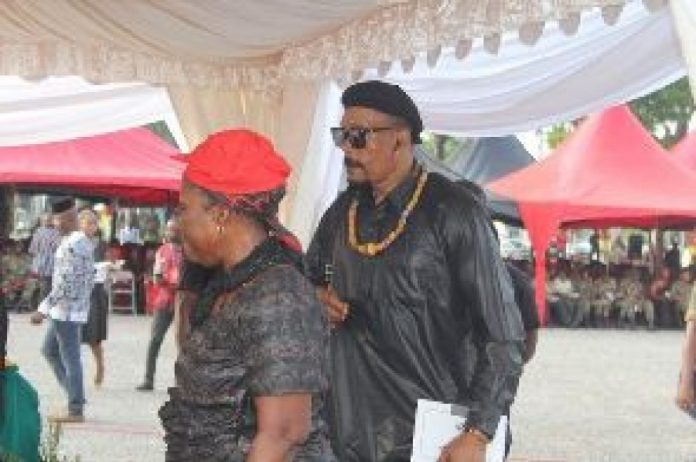 A requiem service is currently underway amidst the reading of emotional tributes to the 32-year-old who left behind a 27-year-old widow Barbara Mahama and two children.

Major Mahama’s remains would be laid to rest at the Osu Military Cemetery after the burial service, followed by the final funeral rites at the Forecourt of the State House.

Late Major Maxwell Mahama, a platoon commander of a military detachment was lynched by an angry mob at Denkyira-Boase in the Central Region.

On Monday which marked exactly a week after his death, he was posthumously promoted to a Major upon the recommendation of Major General Obed Boamah Akwa, Chief of Defence Staff (CDS).