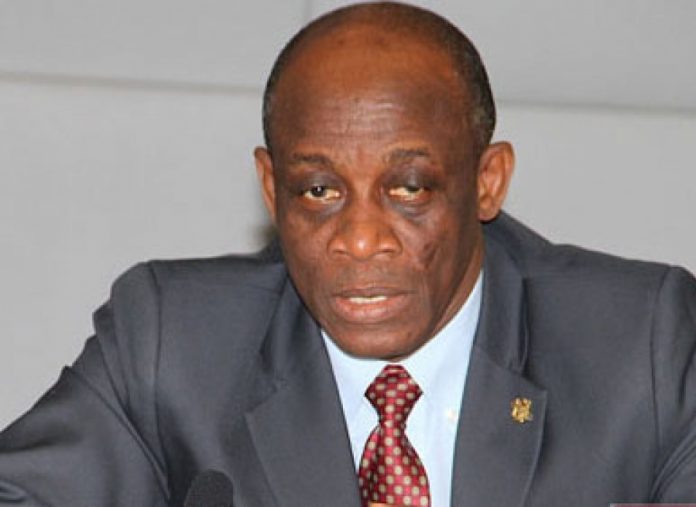 He argues that the government’s efforts to ensure tax compliance and cut down some expenditure may yield little impact on the economic prospects.

Mr. Terkper’s arguments are contained in an article where he impresses on the NPP not to cut ties with the IMF even as it concludes the deal next year.

The projection of missing the government’s budget deficit target, is but one of the six arguments for Ghana to sign onto the Policy Support Instrument (PSI) even after the expiration of the IMF program in December 2018.

According to Mr. Seth Terkper, there seems to be no evidence in the six months’ old administration of the NPP that tax compliance and expenditure cuts alone can fill the fiscal space.

He contends that this will result in more borrowing in the absence of HIPC space.

Even though the NDC ended its administration last year with a budget deficit of 8.7 percent, the NPP government is confident of reducing the figure to 6.5 percent by the end of this year.

This is still lower than the 51/4 percent target set by the IMF.

Meanwhile, the former Finance Minister takes a dig at the NPP when he alluded to what he describes as a convergence of policy thinking.

These include; the seeming agreement on the inevitability of ‘smart borrowing’ and debt management with mechanisms such as the institution of a Sinking Fund, Buy-Back, refinancing, escrow/self-financing, among others.

In addition, Seth Terkper wants the NPP to stop cutting back on substantive tax measures such as the Energy Sector Levy Act (ESLA) and the 17.5 per cent VAT in addition to other Public Financial Management measures such as GIFMIS.