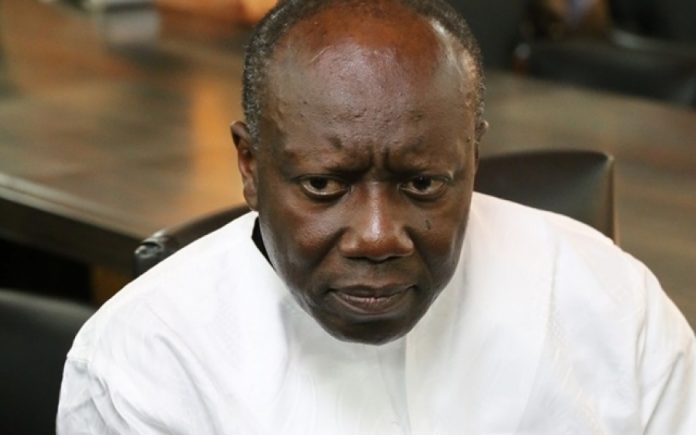 “We are thinking of a diaspora bond which we should be restructuring soon. If it is going to be retailed, then it will require an ability for people out there to be able to get to you (GCB bank) to participate in that.

So we will like to have some discussions on that with you. There is a homecoming summit that will take place soon in July. We want to use that to announce the bond,” he said.

He was speaking at the GCB Bank’s presentation of dividend payment of GHS 1.5 million to government.

Mr. Ofori-Atta explained that the initial assessment points out that government can access the fund at a good rate looking at the rising enthusiasm among Ghanaians to invest back home due to sound economic policies of the Akufo-Addo-led government.

Mr. Ofori-Atta urged GCB to position itself to advantage of the bond as the homecoming summit draws closer. I think you can also take advantage of it and let us see how it will it go, he said.

There have been long-standing suggestions that government should consider issuing diaspora bonds given the large number of Ghanaians living abroad.

Such bonds, in other parts of the world, have been successful when a particular group of people from a country living abroad are targeted to invest in the bonds aimed at raising funds to support growth of their home economies.

Diaspora funds constitute a significant amount of inflows into the economy. This represent about the third or fourth largest source of foreign exchange into the country.

A report by the Chief Economist Complex of the African Development Bank Group, confirms that issuing diaspora bonds may well give Ghana an alternative to donor funds and help it fill the yawning infrastructure gap.

Africa could tap into an estimated US$53billion, being the savings of an estimated 140 million Africans living outside the continent, according to a paper titled “Diaspora Bonds: Some lessons for African countries.”

Drawing lessons from Diaspora bond issuances in Israel, Ethiopia and India, the paper said tapping into migration wealth could be an effective means of funding development on the African continent.

In May 2012, Seth Terkper, then deputy Finance Minister, told the B&FT that government might sell a Diaspora bond to build infrastructure if the conditions were favourable and competitive.

“In fact, to the extent that Ghanaians living outside send money to buy Treasury Bills, three-year bonds and five-year bonds, it’s a Diaspora Bond except that we haven’t designated it as such. The size of Ghana’s Diaspora makes a Diaspora bond an attractive proposition,” he said.

At least one million Ghanaians live abroad, according to a 2005 study by researchers from the Institute for the Study of International Migration and Inter-American Dialogue.
The practice of issuing Diaspora Bonds goes back to the 1930s in China and Japan, and was later followed by Israel and India in the 1950s.

Diaspora bonds are typically used as project financing tools for public-sector, large-scale infrastructure development. Generally, they are to be used by a country to implement its development strategy, the report said.

Lately, the World Bank has been advising countries about Diaspora bonds, arguing that while remittances help countries like Ghana benefit from the incomes of their emigrant populations, Diaspora bonds are a means to tap into their savings, too.