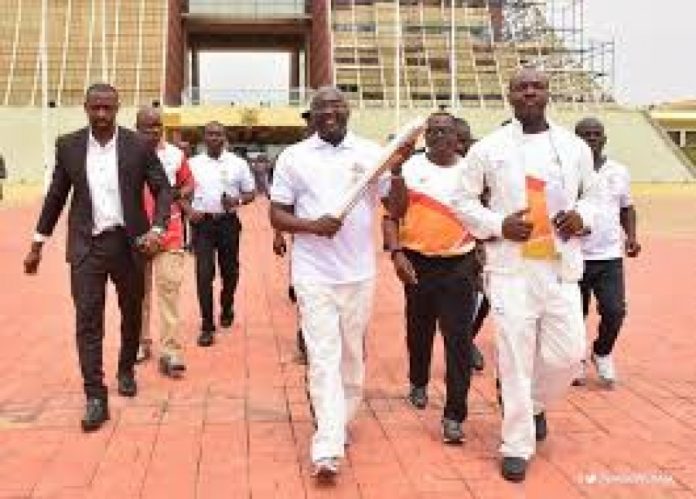 The baton, which is expected to go through 70 countries within 388 days, was received by Vice President Dr. Mahamudu Bawumia at the forecourt of the Flagstaff House in Accra.
The Relay, similar to the Olympic Torch Relay, travels around the world prior to the beginning of the Commonwealth games.

Next year’s Commonwealth Games will be held in Gold Coast, a coastal city in the Australian state of Queensland.

Receiving the baton on behalf of President Nana Addo Dankwa Akufo-Addo who is on an official working trip outside the country, Vice President Bawumia thanked the Queen of England for her goodwill message and passion for Africa.

He said Ghana had participated in almost all the Commonwealth games since 1957 and expressed optimism that next year’s ceremony would bring more success to Ghana.

“This game is taking place in the Gold Coast and Ghana used to be the Gold Coast, so it is like we are going home for these games so we hope our athletes come back with a lot of gold from the Gold Coast. We have a strong affinity to these games,” he said.

He commended the Minister of Sports, Isaac Asiamah, and the Ghana Olympic Committee for making provision for more people to touch the baton.

Vice President Bawumia received the Baton from the President of the Commonwealth Games Federation, Ms. Louise Martin who is accompanying the baton around the world.

He later handed it over to the Sports Minister, Mr. Asiamah, who also handed it to the Chairman of the Ghana Olympic Committee, Ben Nunoo Mensah who left the Flagstaff House with the baton.
The baton is expected to leave the country on Wednesday.