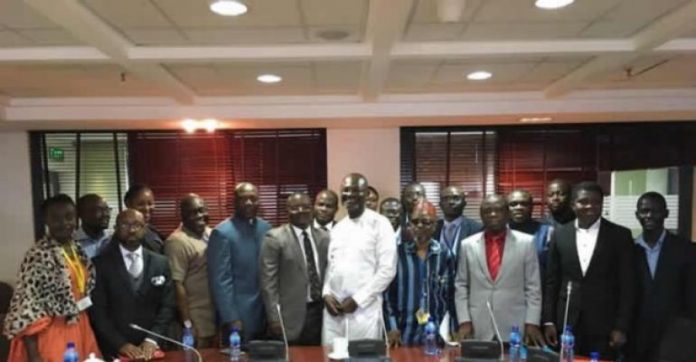 Vodafone Ghana was responding to a call by the Select Committee for a briefing on its operations and measures it is putting in place to improve network quality.

Chairman of the Select Committee, Honourable Kennedy Agyepong, was unequivocal in praising the telecommunication company’s efforts in improving network quality across the country and its impressive strides in ensuring the quality of its roaming services around the world.

Vodafone’s Director for External Affairs and Legal, Gayheart Mensah, who led a delegation of executives to Parliament, updated the committee on the company’s operations, highlighting its commitment to the growth of the country.

He said the company is committed to igniting Ghana’s digital revolution and has put comprehensive measures in place to make that possible.

He was clear about the company’s willingness to engage Government on the remaining 800MHz spectrum block and take advantage of its viability if the price is right.

Additionally, Gayheart also mentioned the company’s deployment of mobile money and how it is transforming the economy through its support for the 70% unbanked population.