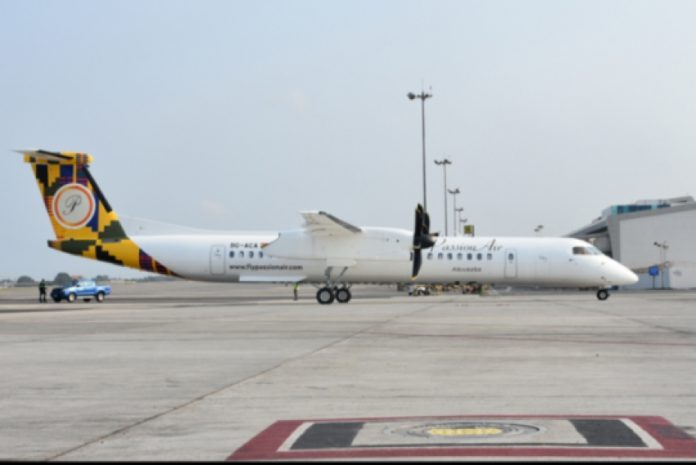 The service, christened “early bird”, commencing on February 15, this year, will see the flight departing from Kumasi to Accra as early as 7:00 am. This will happen three times in a week – Mondays, Wednesdays and Fridays.

Mr. Samuel Tachie, Sales and Marketing Manager of Passion Air, told journalists at a media briefing in Kumasi that, the aim was to ensure that its patrons were able to get to Accra early enough to transact their business operations, without any hassle.

He said the airline which started operations about six months ago with 78-seater capacity aircrafts, and was committed to offer delightful services to its customers.

Mr Tachie said the current departure schedules, only allowed customers to get to Accra between 08:30am and or 09:00am and this mostly denied customers the opportunity to catch up with early appointment schedules.

He said the airline, plying on the Accra-Kumasi, Kumasi-Accra and Accra-Tamale air routes, was currently running three different promotion packages for its customers across the country and the West African sub-region.

These include “bringing people together” – which gives a group of 4-9 persons discount prices of their air tickets, “it takes two”, allowed passengers to carry additional baggage and “passion air loves pets”, which also allowed domestic pets, like dogs, parrots, monkey and cats, on board.

Mr Tachie said the airline also offer chatter flights to some countries on the African continent.

He said Passion Air had come to stay and was ready to offer services that would enable customers to enjoy maximum comfort in their journeys.