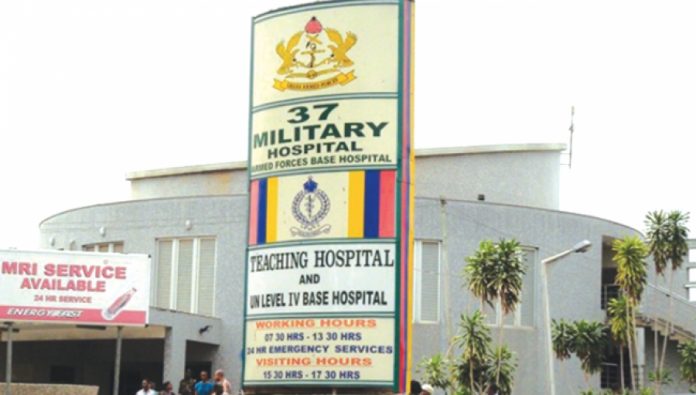 The patients say they were shocked to discover that their phones had been stolen from them within their wards.

According to them, the authorities of the hospital are yet to respond to formal complaints about the bizarre development.

“I went to the bathroom, after there, two girls came and said they were coming to take my temperature and my BP. So while standing there, one other came to stand behind them and looked at me strangely and the other one also picked the folder slowly so I was asking myself why they were behaving that way. So all of a sudden, I decided to call my sister who had come to me and then I couldn’t find the phone. And when I called the number with other phones, within two minutes, the phone had been put off,” one of the victims told Starr News’ Wilberforce Asare.

Another narrated: “My mum’s phone was stolen on Friday, she called her big sister around 4:30 am, she dropped the phone on the counter and when she wake up her phone was not there”.

Responding to the claims, spokesperson for the Ghana Armed Forces Col. Eric Aggrey–Quashie, said the military will investigate the allegations but urged patients to be particular about their security.

“I’m aware of instances of theft cases but it’s not only 37, but some other places too. A lot of people come to the hospital to park their vehicles as if they are patients too but with different intentions. And so it makes it difficult to really identify the people who only come to visit.

“Security i  an individual responsibility so i will urge the patients to be careful and make use of the lockers that have been provided for them to store their belongings. They must lock their things when going out or stepping out of bed. Because some people come there and pretend like they are assistants but they come for different reasons and patients must be careful. Sometimes such people monitor you and when they realise that you’re new at the facility, they approach you and take advantage of you” he said.