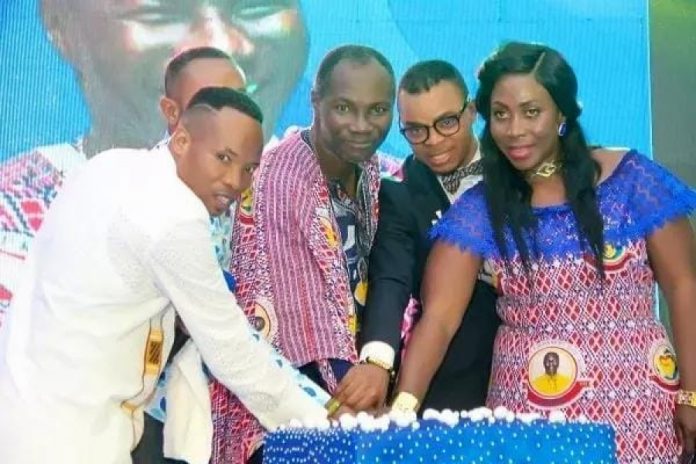 The founder and leader of the Glorious Wave Church, Prophet Emmanuel Kobi Badu, on Wednesday celebrated his birthday in Accra.

The event, which was dubbed “Birthday Festival”, was held at the Glorious Wave Church in Accra.

Prophet Badu’s colleague pastors, celebrities, friends, church members and other well-wishers showed up to celebrate with him.

Bishop Daniel Obinim of the International Godsway Church and Reverend Isaac Bempah of the Glorious Word Ministry were there to celebrate with their fellow preacher.

Several politicians also attended to celebrate with the popular prophet.

The included Kingsley Carlos Ahenkorah, the member of parliament for Tema-West; Kofi Adams the national organiser of the National Democratic Congress ( NDC), Julius Debrah. a former chief of staff to former president John Mahama; and Samuel Ofosu-Ampofo, a former minister for local government and rural development.

Several celebs were also spotted at the lavish party.

Prophet Badu’s wife, Mama Gloria Kobi, and his daughter, Davida, were also there to support him.

His church boasts of membership from across the globe.

He has also for years undertaken several philanthropic projects and programmes.

* Kofi Adams the national organiser of the National Democratic Congress