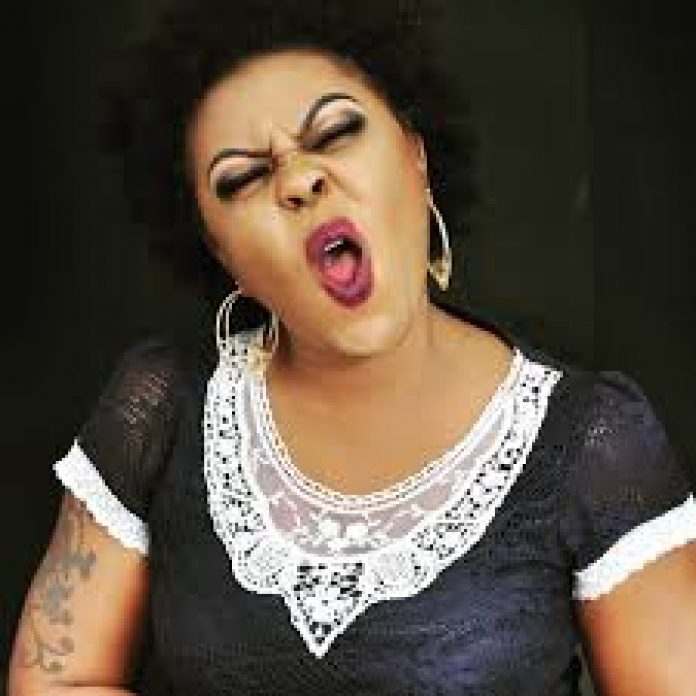 The video allegedly recorded by her husband, Mr. Lawrence Abrokwa, has been circulating on social media but the controversial actress said she wants it to be widely circulated.

The video captures Afia Schwarzenegger naked with only a white towel covering her torso and wearing a head scarf. She was heard and seen in the video begging her husband who threatened to douse her face with acid, not to do so. She is also heard saying in the video that she took a loan to sponsor their wedding in South Africa.

Despite the viral nature of the video, the comedienne later recorded another video of herself dancing, and with hints of defiance in her tone and demeanour, urged Ghanaians to help spread the video widely on social media.

“Let me first and foremost apologise to the fans of Funny Face because this week you were expected to trend but I’ve killed the ‘two-minute’ [saga] and let me express my disappointment in Ghanaians. Ghanaians have shocked me. The video hasn’t gone viral as I want it to go. So if you haven’t sent it to your friends, please send it to them via WhatsApp. Make sure everyone gets the video. I’m disappointed the video hasn’t gone viral,” she said in the video.

Shortly after news of her infidelity broke, the mother-of-three – biological twins and an adopted child – said she is single and her body is meant for the rich.

Afia had been married for nine months.